If you’re looking for a subsidy on a 128GB iPhone 6s, Best Buy has a sale for Telus activations and renewals, priced at $199.99 on contract—savings of $200. Right now, Rogers, TELUS and Bell have the same model priced at $400, with minimum $80 per month plans. 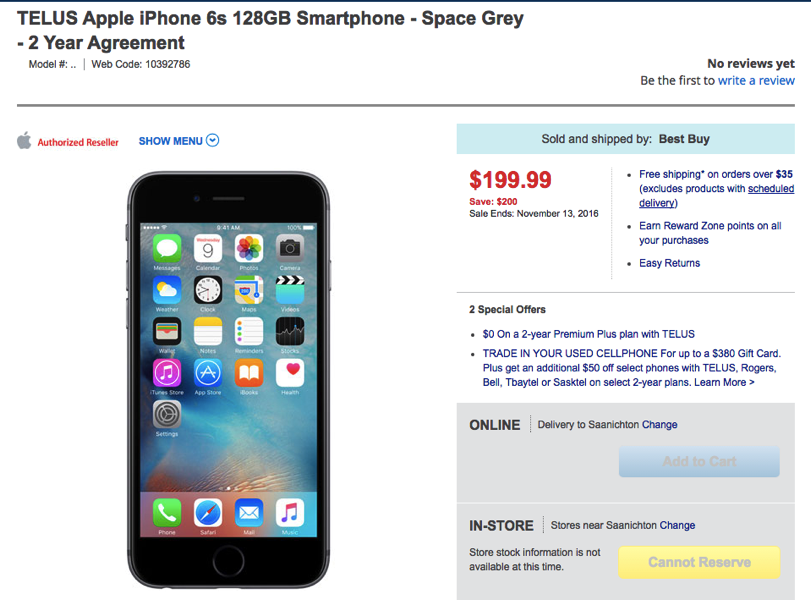 Of course, you’ll be required to sign a two-year contract and subscribe to a minimum $80 per month Telus Your Choice plan, which would have 300 anytime minutes and 1GB of data.

At the end of the day, it’s still more economical to purchase your own unlocked smartphone from Apple or go BYOD with an existing phone to get a cheaper monthly plan, for the most part.

I would highly suggest jumping on Public Mobile’s $38/4GB promo before it expires on November 20th. Public Mobile is owned by Telus and runs on their nationwide LTE network, so you get fast speeds and good coverage.