The 2019 J.D. Power Canada Wireless Network Quality Performance Study was announced today and Telus was named the top carrier in the country, across all three regions as part of the study.

According to Telus, they’ve won a J.D. Power Award for network quality five times in at least one of the three regions as part of the study, and the second time they’ve won for garnering top marks in all regions observed. Regions are Ontario, the East (Quebec, Atlantic Canada) and the West (B.C., Alberta, Saskatchewan, Manitoba). 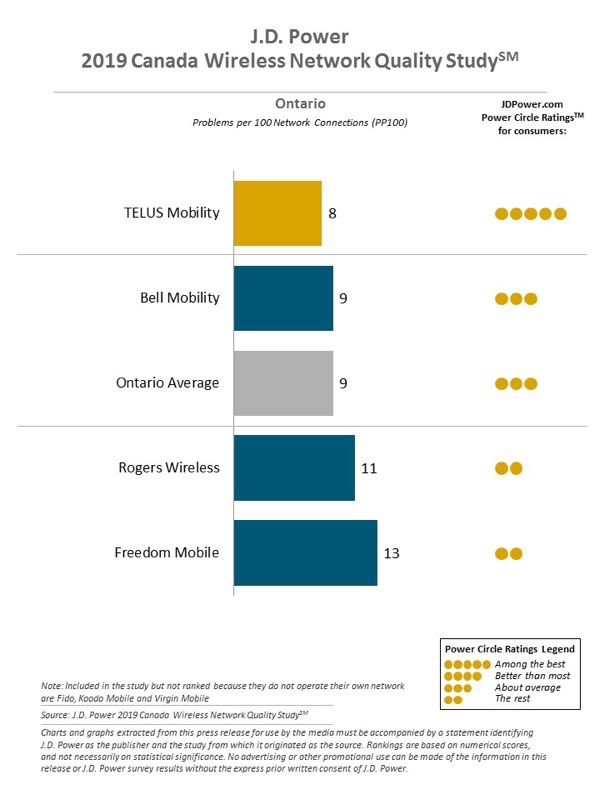 “Today’s acknowledgement from J.D. Power represents yet another significant milestone in our relentless pursuit of wireless excellence and innovation as we strive to deliver the best network for all Canadians,” said Darren Entwistle, President and CEO, TELUS, in an issued statement. 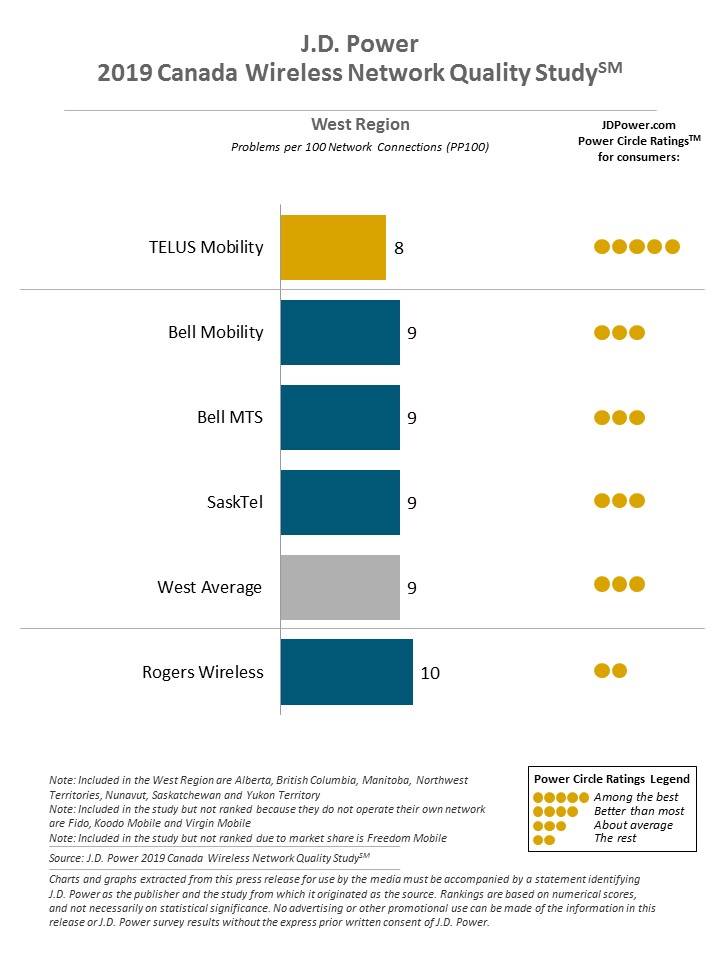 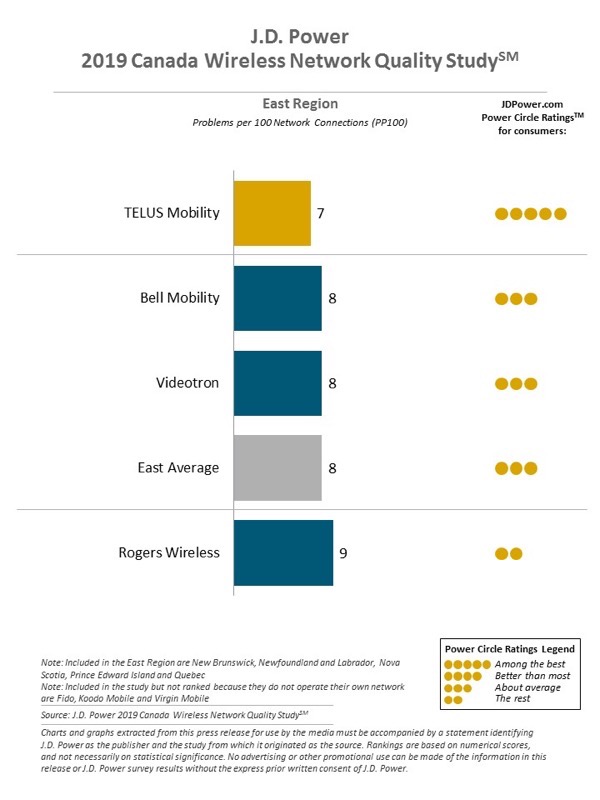 “This recognition is a testament to our remarkable team’s dedicated efforts and to the efficacy of our wireless technology and infrastructure investments, both of which are critical as we evolve toward a 5G world. Moreover, this acknowledgement from J.D. Power complements the numerous accolades we have received over multiple years from prominent, independent sources such as PCMag, OpenSignal, Ookla and Tutela in respect of our world-leading wireless network,” added Entwistle.