TELUS has sent out an email blast to its customers notifying them the 16GB iPhone 4S is currently free on a three year term until November 11th. This model regularly retails for $79 on a three year term. You can bet Rogers and Bell will try to match this promo.

The promo requires a $50/month minimum spend and notes it is for new activations only. 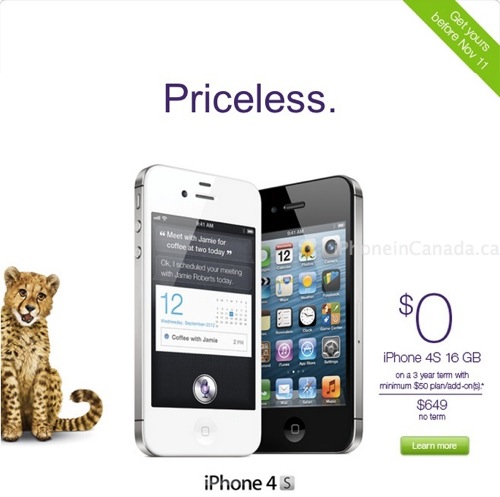 Let us know if you’re going to jump on either of these iPhone 4S deals.