Amidst the iPhone 5 hoopla yesterday, Telus announced the launch of its 4G LTE network in Medicine Hat, Alberta, with expansion to additional communities in the coming months, part of the company’s $2.8 million investment in the city. By the end of 2012, Telus aims to have 80 percent of Alberta’s population covered with 4G LTE:

“TELUS is committed to offering the best customer experience and launching our 4G LTE service across Medicine Hat is an excellent example of how we’re doing that,” said Fred Weinheimer, TELUS general manager, Customer Solutions Delivery for Alberta South. “With a 4G LTE device, our customers can enjoy the fastest wireless technology available in the world today – we are continuing to expand this new technology, community by community, so that by the end of the year more than 80 per cent of Alberta residents are expected to have access. It’s an ambitious undertaking.”

Here’s the coverage map below: 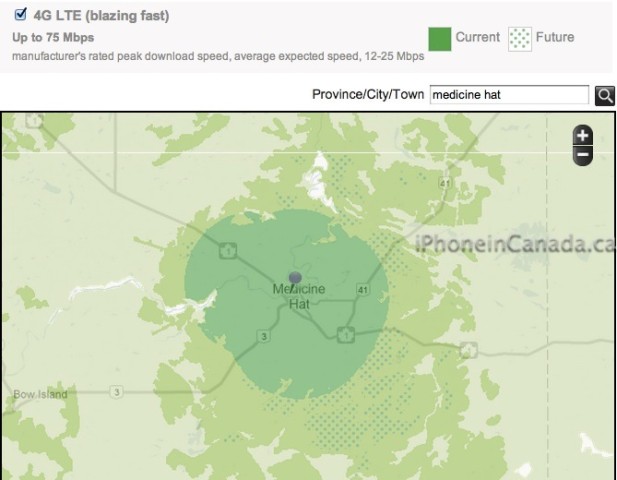 Telus continues to expand its 4G LTE across Canada, such expanded coverage across British Columbia, Metro Vancouver, Manitoba, and Atlantic Canada. I think this is perfect timing for those in Medicine Hat with the new LTE iPhone 5.