TELUS has announced the rollout of its 4G LTE network in Woodstock, bringing further coverage to customers in Southwestern Ontario, to go along with other recent launches in Windsor, Leamington and Brantford. Coverage maps have not been updated on the TELUS website, but you can see below the addition of Woodstock extends LTE coverage for those traveling along the 401: 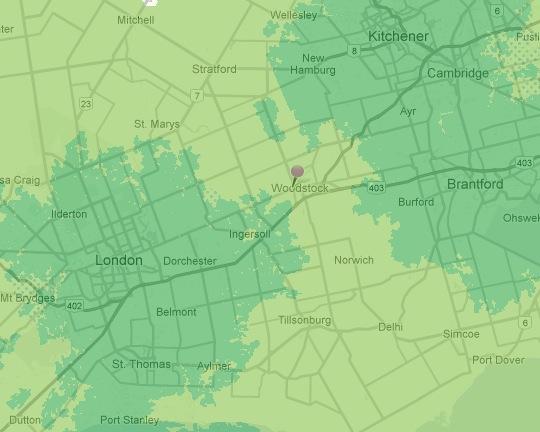 TELUS announced yesterday it launched LTE in Saint John, with its coverage now serving 70 per cent of the Canadian population, or 24 million people. If you’re in Woodstock, let us know how those LTE speeds are.

Yesterday we told you about how Rogers is increasing the price of legacy unlimited Infinite wireless plans, and now it appears Telus is doing the same. According to iPhone in Canada reader Michael, Telus recently emailed him about “upcoming changes to your mobility account,” then detailing how two lines on his account were set to increase […]
Gary Ng
21 hours ago