TELUS has announced the launch of 4K HDR for its Optik TV customers, which means those with compatible 4K HDR television sets can maximize the viewing potential of their purchase.

The company says it is the only TV provider in Western Canada to offer live and On-Demand 4K content, and now is the only one to bring forth 4K HDR as well. 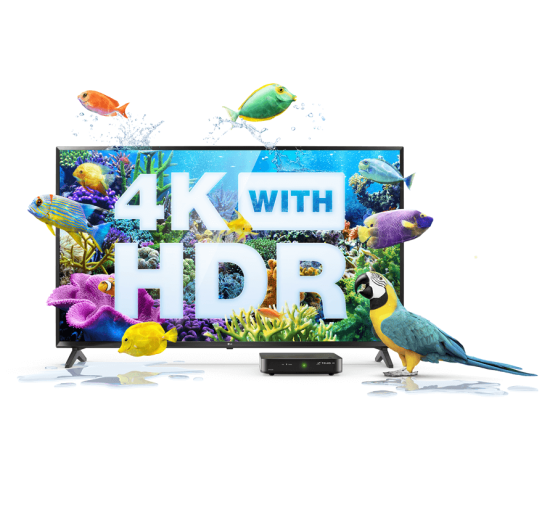 “We are dedicated to ensuring that Optik TV customers have access to cutting-edge entertainment technologies. 4K HDR, enriching the viewing experience with more than a billion available colours, is the new gold standard in TV picture quality,” said Zainul Mawji, VP of Home Solutions & Complementary Channels at TELUS, in a statement.

TELUS says Optik TV customers can watch 4K HDR content On Demand with titles such as Blue Planet II and Planet Earth II, while a growing catalogue of 4K HDR titles are available by pressing the On Demand button on your Optik TV Remote, and navigating to the 4K HDR folder. Those with premium Netflix accounts can also stream 4K HDR titles, through the built-in Netflix app on Optik TV.

In order to watch 4K HDR on Optik TV, you’ll require a 4K HDR-compatible TV, a TELUS 4K PVR and have TELUS Internet 50 or higher.

Meanwhile, Shaw TV customers are still waiting for Blue Sky to support 4K content, which apparently is not ready for either 4K or 4K HDR yet, according to the company.