TELUS has launched a “limited time only” promo plan for customers in B.C., which the company says is “The best choice if you want to make cross-border calls without incurring long distance charges.” The unlimited voice plan is priced at $80 per month, but your added data option will include U.S. roaming, which means you won’t have to sign up for TELUS Easy Roam (normally $7/day). 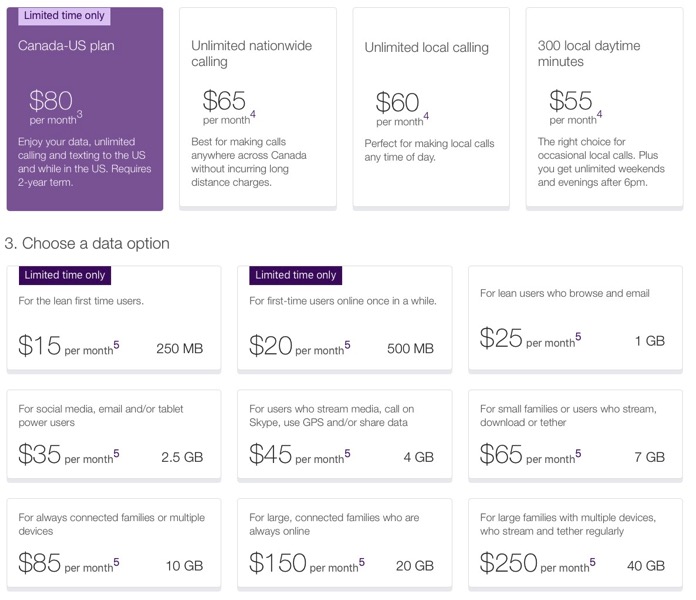 The plan is located under the Premium Smartphone category and the fine print says the offer is “available to new or renewing clients in British Columbia on an in market 2 Year Your choice CAN-US plan with a Your Choice data add-on and a Premium or Premium Plus smartphone.”
The plan is limited to consumer accounts only and subscribers “must remain a Canadian resident throughout the term,” while calls to the following area codes and exchanges are excluded: (712) 432, (605) 562, (605) 475, (712) 775, and (559) 726.
For frequently U.S. travellers in B.C., this plan looks to be targeting you. Let us know if you’re going to consider this. We’ve reached out to TELUS to inquire if this plan will be available in other provinces, and will update the post once we hear back.
Thanks Jason!

Rogers, Telus and Bell announced this week they will be waiving all long distance calls and texts made from Canada to Iran. The temporary waiving of charges depends on carrier, postpaid and prepaid accounts, with different end dates. “To help Canadians stay connected to loved ones, Rogers is temporarily waiving long-distance calls and SMS messages […]
Gary Ng
4 hours ago