For those looking to upgrade to the iPhone 4S on contract, Best Buy has a sale coming up. Bell and Telus 32GB models on a three year term will be discounted to $199.99. 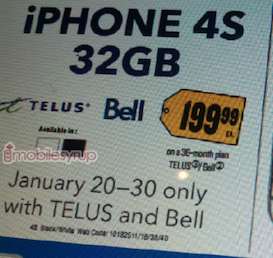