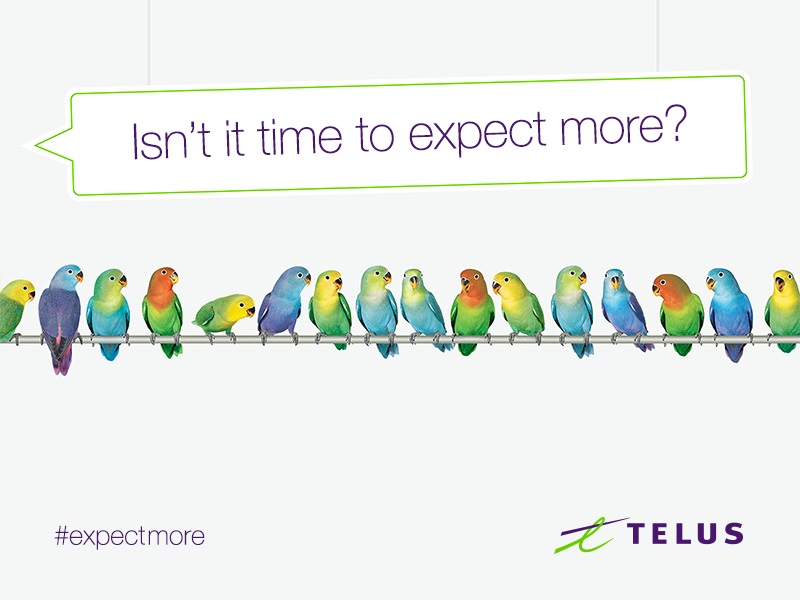 Today, Telus announced a new platform called “Expect More,” which is inviting Canadians to expect more out of their telcos. The Canadian carrier is looking to set themselves apart from the competition.

The company says the new platform is more than just a marketing campaign. Telus says its a state of mind that starts from within the company. Expect More is set to showcase where the company leads in service, but also the company’s commitment to learn and improve in areas where the company has been below standard.

In addition to the advertising portion of the platform, Telus says that a large part of the new initiative will be in social media. The company will continue to listen and respond to customers in real-time and strive to address their questions and concerns.

“We know that we still have work to do to prove to Canadians that their experience with us is different.

We are obsessed about constantly improving until we deliver an unmatched customer experience at every customer interaction, every time. We’re on the right track, and we won’t rest until 100 per cent of our customers are happy.”

Telus is inviting everyone to join the conversation on social media using #expectmore. What do you think of Telus’ new platform? Let us know in the comments below.

One of Canada’s largest telecoms has confirmed it has acquired independent internet service providers (ISPs) Altima Telecom and London, Ontario-based Start.ca. Both companies are resellers of internet and cable services. Peter Novak, Vice-President of Insight & Engagement at TekSavvy, said on Friday morning, “Got it confirmed: http://Start.ca, another indie ISP, has been quietly acquired by […]
Gary Ng
8 hours ago