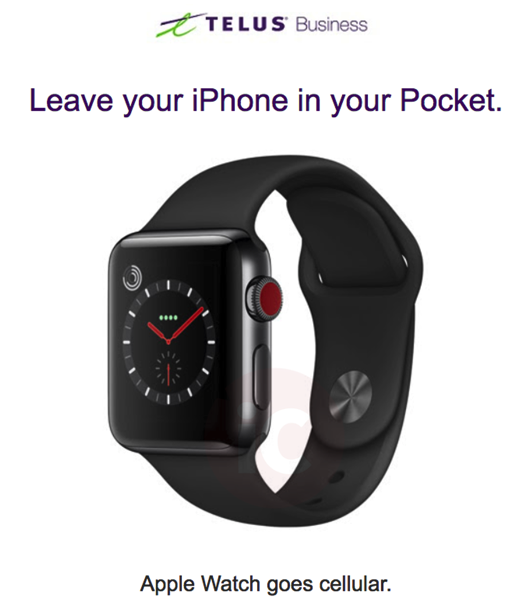 In an email sent out this morning, Telus announced to its business customers they can now add an Apple Watch Series 3 LTE model to their account:

Remain connected whether you are at your desk or commuting to see a client.
Stay up-to-date with email, calendar and SMS notifications even while away from your phone. Never miss an important call again with LTE connectivity.

With Telus Easy Payment, the company says Small Business customers can get Apple Watch Series 3 38mm for $0 up front when paired with an iPhone ($22.92 per month).

Users can add 2GB of shareable data to their plan for $15 per month (consumer accounts pay $10/month), while the first three months of Apple Watch plans are free (except Quebec), until December 31, 2018. A $30 connection fee also applies per line.