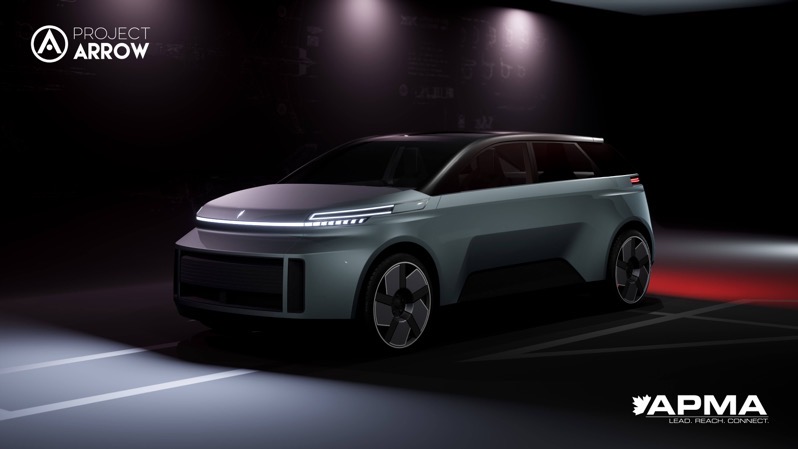 Telus announced on Wednesday it will be the exclusive 5G connectivity partner for Project Arrow, the first fully electric car that’s being designed and built in Canada by Canadians using Canadian suppliers.

The news was shared at the Automotive Parts Manufacturers’ Association (APMA) annual conference in Windsor, Ontario. The Project Arrow concept electric vehicle will start a tour across North America in 2023.

Telus will be the 5G connectivity partner for Project Arrow for the latter’s vehicle telematics, infotainment and driver assistance services.

“This exciting partnership is another achievement in TELUS’ journey to bring superior connectivity to everyone in Canada and enable the next wave of 5G capabilities, such as multi-access edge computing (MEC) and network slicing, further advancing Internet of Things (IoT) and enabling important innovations for businesses and sectors to contribute to a healthier, safer and more sustainable world,” said a Telus spokesperson in a statement to iPhone in Canada.

Project Arrow currently is in Phase 3, its engineering and build phase that is set to be completed by December 2022. In Phase 4, the concept EV will go on a tour in Toronto, Montreal, Detroit, Palo Alto, Las Vegas and San Antonio, with plans to debut at CES 2023.

The car was designed by Carleton University’s School of Industrial Design and the Project Arrow program has received $5 million funded by the federal government, which continues to tout Canada as an investment opportunity for EV automakers.

Telus has committed to using 100 percent renewable energy by 2025 and being net carbon-neutral company-wide by 2030.

Telus-owned prepaid brand, Public Mobile, has extended its Black Friday 2022 deal that offered a $35/20GB plan for Cyber Monday. When new customers activate online and use promo code 20OFFMONTHLY, they can get the company’s $55 plan with 20GB with a $20/month credit for 15 months, taking the plan down to $35/20GB with 4G speeds, […]
IIC Deals
5 days ago