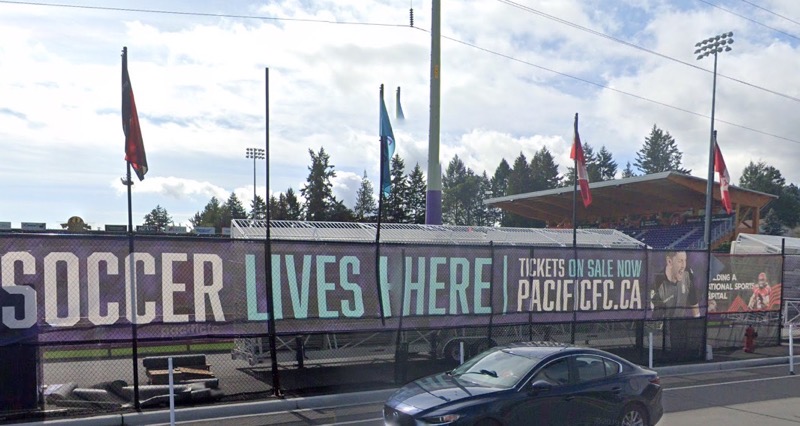 Telus has proposed to the City of Langford the installation of a new cellphone tower at Westhills Stadium (soon to be Starlight Stadium), at 3024 Glen Lake Road.

Langford is a municipality west of Victoria on Vancouver Island in British Columbia and is one of the fastest-growing communities in the Capital Regional District.

Brian Greggs of SitePath Consulting applied for the antenna application on behalf of Telus, according to Langford’s council meeting agenda, dated January 18, 2021.

Telus plans to install a 45 metre-high monopole, located at the north side of the field at Westhills Stadium, in line with centre field, along Langford Parkway. The company says it will house all radio communications equipment in a compound at the base or in cabinets nearby.

As for the reasoning behind the application, Telus says it will “provide improved wireless service to the surrounding areas and add capacity to a network that is becoming increasingly congested.”

Telus held a public information session on December 7, 2020. Langford’s council meeting was to confirm the Telus info session and a motion was carried. The wireless carrier says it will comply with Health Canada safety guidelines in regards to radio frequency fields and the facility build to national and provincial building codes.

The stadium is home to Pacific FC from the Canadian Premier League, Rugby Canada and football games from the Westshore Rebels.