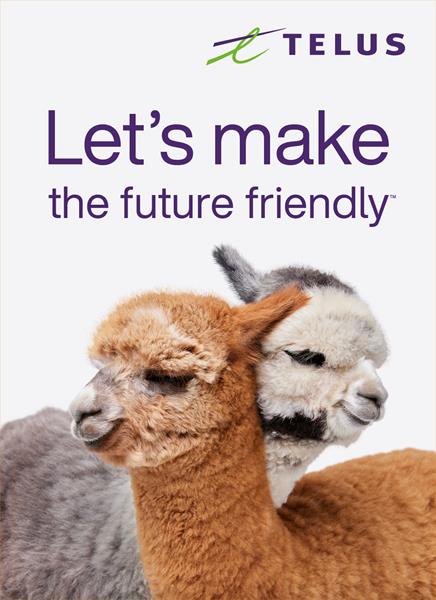 British Columbia-based Telus has announced a new corporate tagline, moving away from ‘the future is friendly’ to a new slogan, ‘let’s make the future friendly’.

According to Telus, the old slogan has played out its run for the past two decades to help Canadians embrace new technology, but the new ‘brand promise’ aims to create positive social impact. Telus says it wants to “invite all Canadians to help create a friendlier future with us.”

“TELUS remains passionate in our commitments to the many stakeholders we serve and more inspired than ever to embrace the incredible accomplishments that are possible when we come together to amplify the good we can do in helping our fellow citizens in need. Our refreshed brand promise, let’s make the future friendly, welcomes everyone to join us as we strive to make the world a better place,” said Darren Entwistle, President and CEO, TELUS, in a statement.

Telus says it will begin to change up its marketing and websites with the new tagline, while many will begin to see new TV ad campaigns in both French and English to push the revamped company slogan.

While Telus wants to ‘make the future friendly,’ the company’s recent decisions on Canada-wide calling minutes appear to want to go back in time. Its wireless subsidiaries Public Mobile and Koodo recently switched to province-wide calling plans as standard, instead making Canada-wide calling a $5/month option for new customers.