Yesterday Rogers confirmed that they would support the Personal Hotspot feature coming in iOS 4.3. Today, Telus has done the same via twitter via a conversation with user @nickfruhling:

@TELUSsupport Good morning, wondering if Telus will support iOS 4.3 Personal Hotspot feature when it comes to iPhones next Friday. Thanks!

So there you have it. Telus is on board with Personal Hotspot. 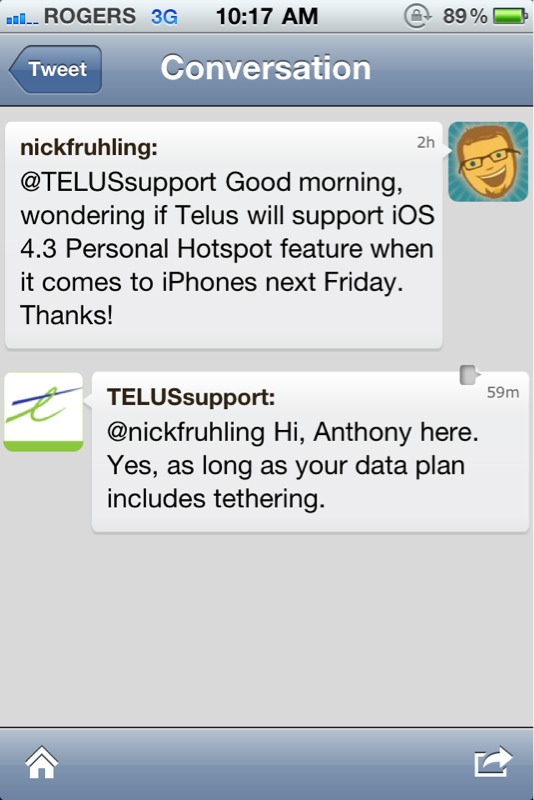 Thanks to @nickfruhling for the heads up!

Canada's Commission for Complaints for Telecom-television Services (CCTS) today published its 2021-22 Annual Report. The CCTS is a national and independent organization dedicated to resolving customer complaints about telecommunications and television services, fairly and free of charge. It deals with complaints regarding billing errors, compliance with contract terms and commitments, service delivery, credit management, and...
Nehal Malik
3 hours ago