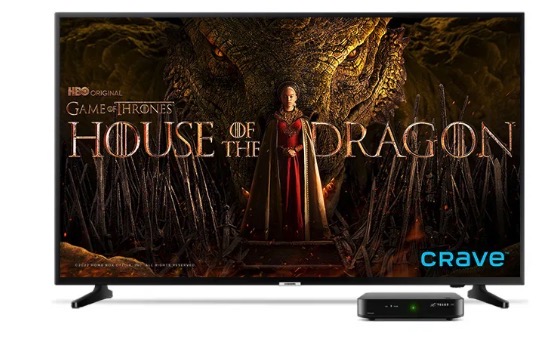 Update: A Telus spokesperson told iPhone in Canada in a statement, “After hearing from some of our customers, we’re investigating the issue and working to fix it as quickly as possible. We’re very sorry for the inconvenience, and thank our customers for their patience.” The issue has since been fixed and now works as intended. Our original story is below.

Some Telus Optik customers with Crave subscriptions appear to be having some issues with accessing all episodes of HBO’s House of the Dragon.

Crave is available with Telus Optik TV through various bundles as a ‘Premium’ choice option, alongside the likes of Netflix and WWE Network. Telus Optik TV subscribers can access Crave through channel 404 and when the service is added, billing is through your single Telus account.

One Telus customer said on Thursday, “I have Crave through Telus. Trying to watch House of the Dragon on demand/HBO but it only goes up to episode 5. What’s the deal?”. Many chimed in to say they had the same issue with the Telus set top box.

When you’re binge-watching the entire season and you’re limited to only the first half, that can be frustrating. This is likely a bug that will be fixed soon.

We’ve reached out to Telus for comment on the issue and will update this story accordingly.

iPhone in Canada readers have let us know the issue is now fixed: