According to an internal doc from TELUS dated August 29, the company is set to discontinue black 32GB and 64GB iPhone 5 models on September 28, reports MobileSyrup.

Earlier today, we reported how carrier stores in the U.K. told The Telegraph two Apple product deliveries are slated for September 20 and 27. An earlier leak of Case-Mate’s iPhone 5C delivery date of September 20 could also allude to the iPhone 5 being eliminated altogether to be replaced by the latter, a theory KGI Securities analyst Ming-Chi Kuo believes will happen in Q3 2013.

Interestingly enough, on the morning of Saturday, August 31, we noticed TELUS had updated its iPhone page to reflect the removal of black 32GB and 64GB iPhone 5 models. Currently, the iPhone 5 is only available in 16GB in black and 32GB in white, to go along with iPhone 4S and iPhone 4 models. 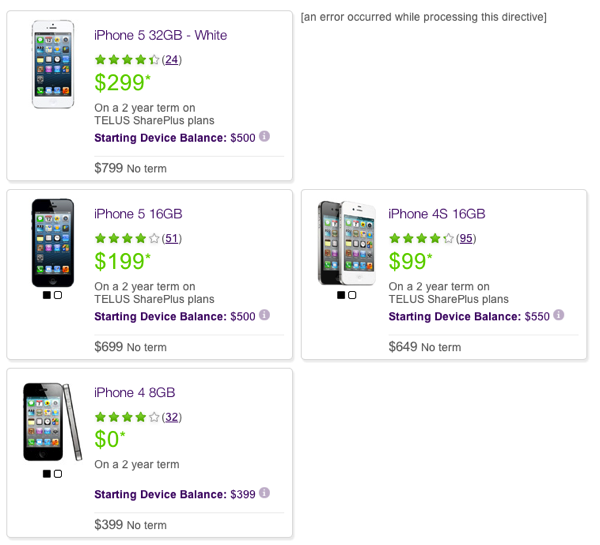 While the iPhone 5 is seen to be replaced by the iPhone 5C, skeptics question how the iPhone 4S will remain in Apple’s iPhone line-up, despite the latter still housing the legacy 30-pin adapter, as opposed to the latest Lightning connector. We’ll find out soon enough!