Some Telus customers are complaining that the carrier has quietly removed the Visual Voicemail and International Text services from its 50GB Exclusive Partner Program (EPP) plan, as first reported by Reddit user jesus_cheese.

“I noticed that visual voicemail had disappeared from my phone so I rebooted it to see that it’s still gone. Then I check my Telus account and notice that the feature is no longer there,” said the Reddit user.

Telus introduced the $55 “Unlimited 50 5G” EPP plan last month as a promotional offer that was part of its Boxing Day deals.

They shared the following screenshot of the details of their Telus 50GB EPP plan: 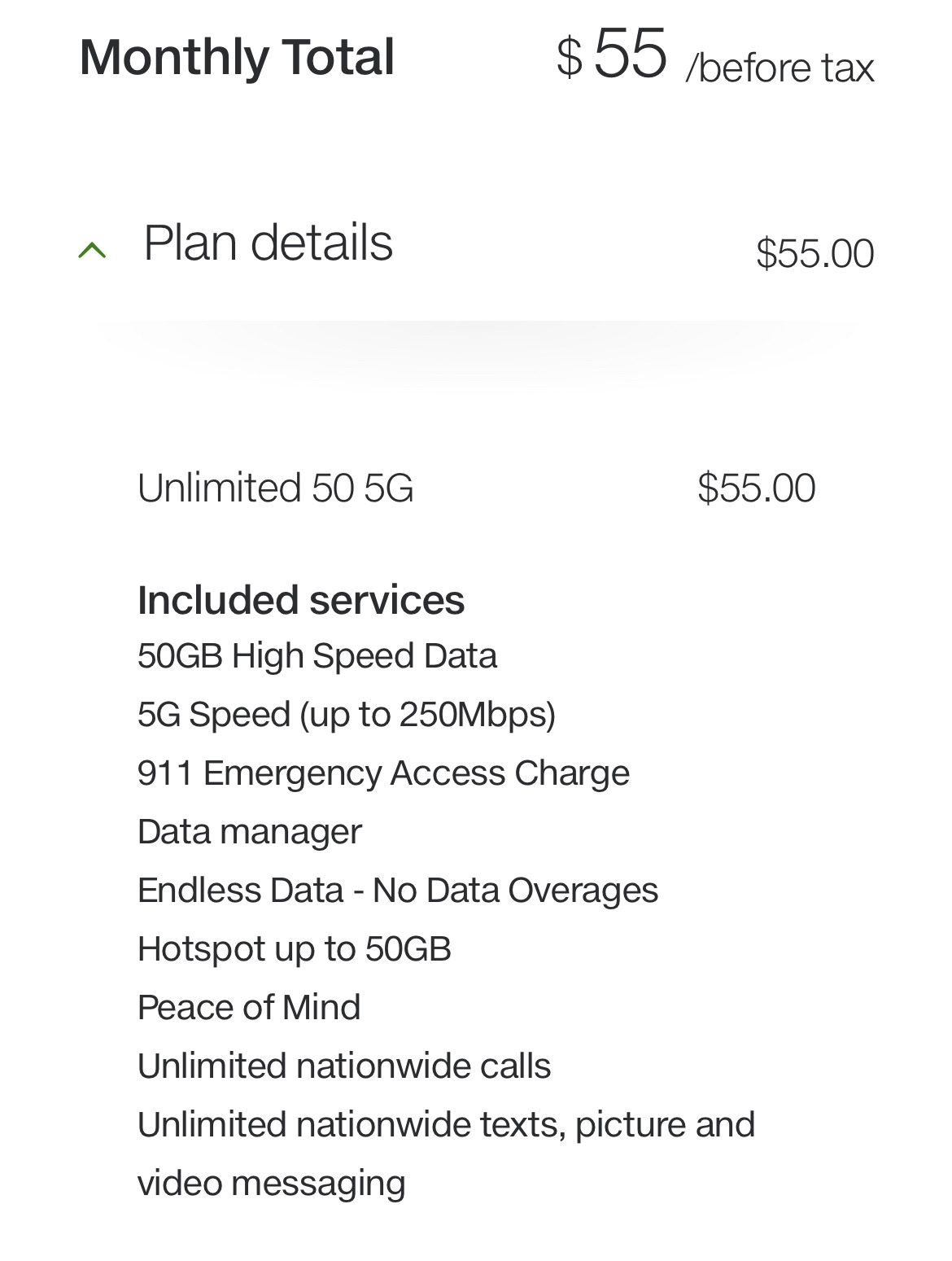 “It is not within my plan details in the app when it used to be, and is even shown on my initial agreement as an included feature,” the user added. However, jesus_cheese isn’t alone in experiencing this issue. Several other users reported the same happening with their 50GB EPP plans as well.

That said, the removal of Visual Voicemail and International Text is somewhat inconsistent. “It’s missing off my app too but it’s showing on my current bill. Also, I’m still receiving visual voicemail when someone leaves a msg,” said another user in a response to the Reddit post.

One user even reported losing Visual Voicemail on a 25GB Canada-only Telus plan. “We just added my wife to this account a couple months ago (with a new phone and plan) and VV was definitely there when we first set her up,” said jjjmose.

Some users, meanwhile, noted they still have the Visual Voicemail service on their 50GB EPP plan. “So I just checked mine cuz I have two 50 gig EPP plans and it was on our contract when we signed and it is still on the app as a feature,” said ConfectionFair, who also shared the following screenshot of their plan details:

What’s more, it looks like Telus support is reinstating the services for subscribers who get in touch with them.

“I was able to reach the escalations department and they were able to add it back for me. Just be nice (as you should be) but firm with the reps and they will do their best to help you,” jesus_cheese said in an update to their original post.

If you have a 50GB EPP plan from Telus (or any other plan with Visual Voicemail and/or International Text), log in to your Telus account and check your plan details. Let us know if your plan still includes these services in the comments below.

SaskTel announced on Wednesday it will waive long distance and text messaging fees from Canada to Turkey and Syria, to allow customers to stay in contact with friends and family affected by the recent devastating earthquake. “Our hearts go out to everyone who has been impacted by the deadly earthquake that struck Syria and Turkey […]
Gary Ng
8 hours ago

Here are the latest Canadian cellphone plan and device deals, plus other promos from wireless carriers such as Rogers, Telus and Bell, from our partner PlanHub. As always, the promos and plans may change at the last minute, but here they are as of Wednesday, February 8, 2023. Check them out below… Bell Noticeable price changes: Samsung […]
iPhoneinCanada.ca
11 hours ago

Vancouver, B.C., resident Erica Phillips last week was finally able to rid herself of the daily calls from collections agencies hounding her to pay hundreds of dollars owed on a Bell Mobility account that had been fraudulently created in her name by someone who stole her identity — reports the CBC. "It's a huge sense of...
Nehal Malik
15 hours ago