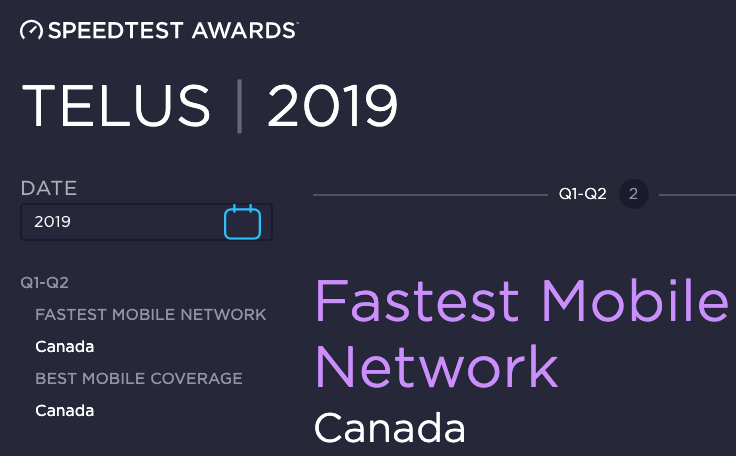 Ookla has released their Speedtest Awards for Q1-Q2 for Canada, and when it comes to the Fastest Mobile Network and Best Mobile Coverage, Telus was crowned the winner over its rivals Rogers and Bell.

When it came to mobile coverage, Telus had a Coverage score of 660 and its users saw 98.80% Availability while 95.90% had 4G Availability.

A Telus spokesperson told iPhone in Canada in a statement, “The Speedtest Awards reinforce the strength of TELUS’ network across the country and marks the second consecutive quarter that TELUS has won Canada’s Fastest Mobile Network. Today’s announcement also reaffirms TELUS’ commitment to delivering the best network for all Canadians, with significant capital investments to earn us Best Mobile Coverage in Canada.”