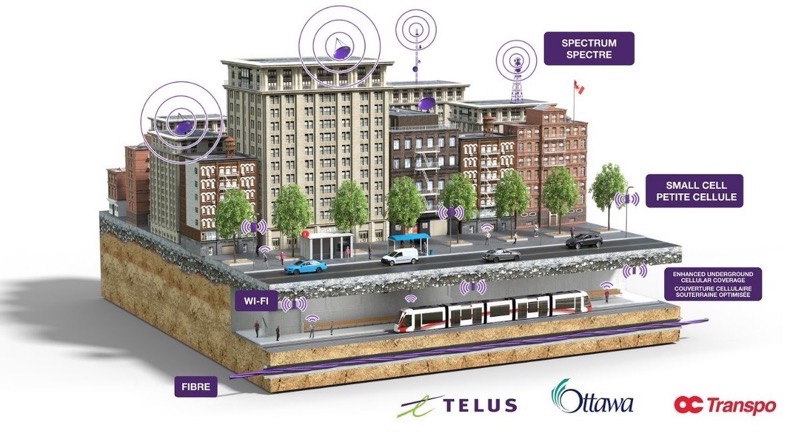 Telus has announced today its free Wi-Fi service will be available at the O-Train Confederation Line service in Ottawa, Ontario.

All O-Train stations will have Telus small cells for cellular connectivity, says the company.

“Thanks to a great partnership with TELUS, I am pleased to announce free Wi-Fi in our downtown, underground light-rail transit stations, and cellular service across the entire Confederation Line. Customers will be able to stay connected during their commute on our world-class, light-rail transit system,” said Mayor Jim Watson in a statement.

François Gratton, Group President TELUS and Chair TELUS Québec, said: “We are extremely proud of our partnership with the City of Ottawa and look forward to contributing to the city’s largest infrastructure project since the Rideau Canal was built.”

The $2.13 billion O-Train Confederation Line transit project is a local, provincial and federal partnership, capable of carrying up to 10,700 passengers per hour in each direction, between 13 stations. The line will open on Saturday, September 14, after more than six years of construction.