Are you a TELUS Optik Internet customer? Have you seen atrocious download speeds over Wi-Fi for App Store, Mac App Store and other downloads from Apple? It appears you’re not alone, as many have seen issues with TELUS’ connection to Apple’s Content Distribution Network (CDN).

This TELUS forum thread details how customers as far back as one year ago have been experiencing the issue: slow app downloads and Mac updates when connected to Wi-Fi at home.

Some users switched over to non-TELUS DNS networks (such as those from Google or OpenDNS) and Apple download speeds were noticeably faster than before. Others that used a VPN instantly saw faster download speeds, so it appears there’s an issue between TELUS download speeds and Apple.

We’re experiencing a similar issue and will contact TELUS to investigate. In the meantime, if you’re a TELUS Optik Internet customer, let us know if you’re seeing slow downloads from Apple, and how you were able to troubleshoot this problem.

Update: If you’re keen, trying changing your DNS servers to Google. Here’s how to do it: 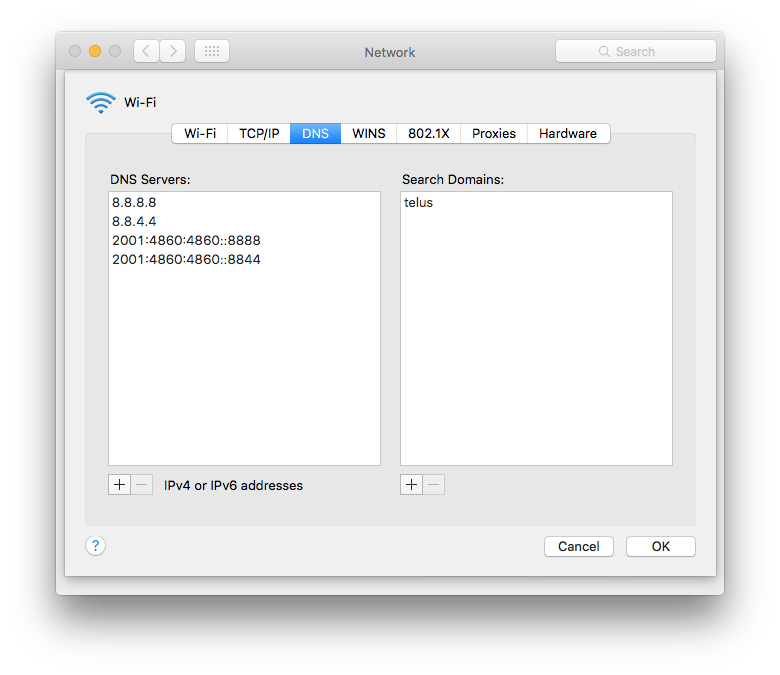 Making this short change to Google’s DNS servers seems to have increased download speeds. Pages within iTunes and the Mac App Store load snappier on my Mac. Let us know if this works for you.