Looks like TELUS has started a Black Friday/Cyber Monday deal of their own. They’ve let us know the iPhone 5 will be on sale for $100 off starting tomorrow until Monday, as part of a holiday kick off:

Is the iPhone 5 is on your friends’ or family members’ wish lists (or maybe your own)? We’ll help you play Santa! From tomorrow until Monday, November 26, new and existing customers across Canada can get the new iPhone 5 starting at just $79 for the 16GB, $179 for the 32GB and $279 for the 64GB – that’s $100 off when they purchase the device on a 3 year term with a minimum $50 monthly rate plan.

As stated above, the deal is good for new and existing customers that sign a three year term with a monthly rate plan of at least $50.

This is the first major discount we’ve seen for the iPhone 5 on contract. The $100 discount puts the iPhone 5 in line with the iPhone 4S, which is $79 on a three year term from TELUS. During iPhone 5 pre-orders, the company offered complimentary upgrades to customers due to supply shortfalls.

Update: As of 11:13PM PST, the deal is now live on the Telus website. Prices below: 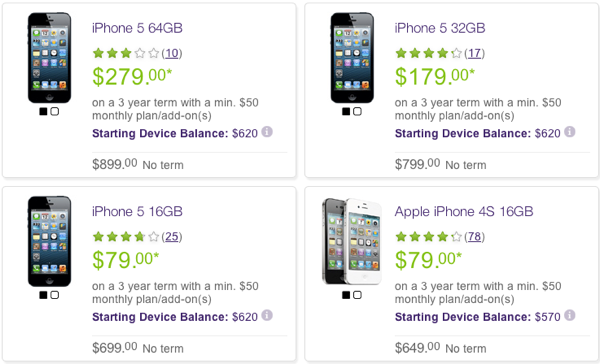 Darren Entwistle, President and CEO of Telus, wants Ottawa to relax foreign-ownership rules for large telecommunications companies — reports The Globe and Mail. Entwistle has asked the same of the federal government in the past, but he is now renewing his argument as the Canadian telecom scene goes through a new wave of consolidation with...
Nehal Malik
4 hours ago