The Telus and Koodo network seems to be suffering from a network outage that is happening coast to coast, affecting texts, calls and data, happening at a peak time on the west coast. The following map from Canadian Outages shows where most areas are affected. 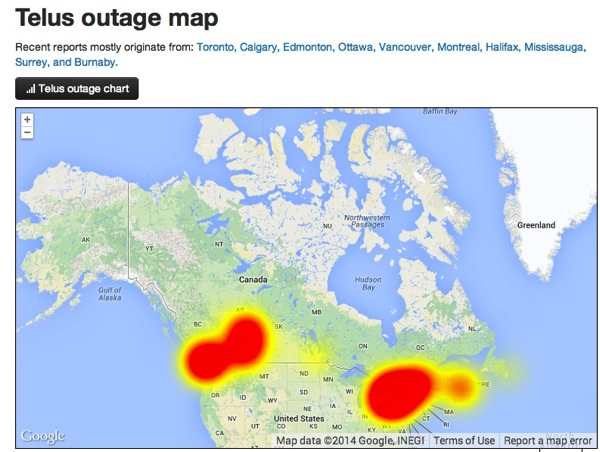 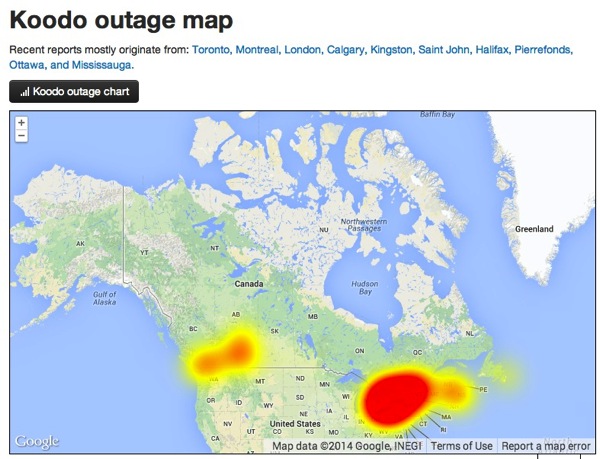 Koodo has acknowledged the outage and will send an update soon:

@talya_talks Hey Talya, there's currently a network issue. We're working on it & we'll keep you posted as soon as we have more info. ^NS

We’ve reached out to TELUS and will update this post with information as it becomes available. Stay tuned.

Are you being affected by this outage?

Update 12:40PM PST: Telus has provided the following statement via email, acknowledging they are working as fast as possible to fix this outage:

Some TELUS customers are experiencing issues with their wireless voice service. We are working to get this fixed as soon as possible.

We’ll let you know as soon as we know more. You can also stay tuned to @TELUS or @TELUSsupport for updates.

Update 1:16PM PST: Telus has released a statement to us that service has been fully restored:

TELUS has restored service to all our wireless voice customers affected by a technical issue. We apologize for the inconvenience.