TELUS announced yesterday it had launched its 4G LTE network in Qualicum Beach on Vancouver Island, part of a $100,000 investment.

“TELUS is committed to providing the best service to our customers, and that includes offering people in Qualicum Beach the fastest wireless technology available in the world today,” said Ray Lawson, TELUS general manager for Vancouver Island.

The company says it rolled out its 4G LTE network to 90 per cent of the BC population in 2012, with further expansion to take place this year. As you can see from the map below LTE coverage continues to make its way up Vancouver Island (Qualicum Beach has not been updated yet): 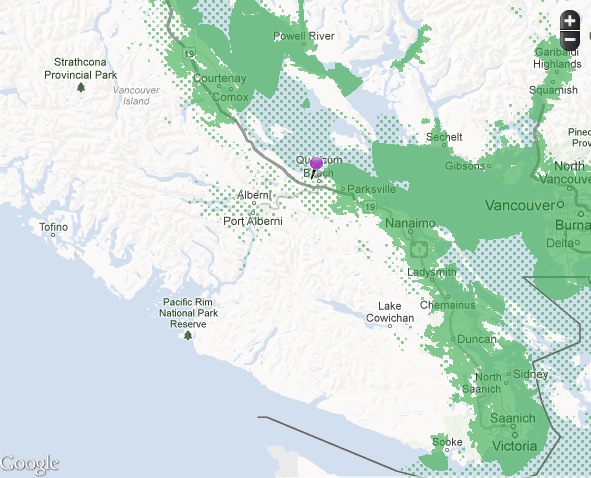 If you’re in the area let us know how those LTE speeds are.