TELUS has announced their 4G LTE network has gone live in Sudbury, part of an ongoing $650 million investment in Ontario over the next three years to expand wireless networks.

“TELUS is committed to offering the best customer experience and launching our 4G LTE service in Sudbury is an excellent example of how we’re doing that,” said Piero Fusco, director of sales, TELUS.

We are continuing to expand this new technology, community by community, so that by the end of the year many more Ontario residents are expected to have access. It’s an ambitious undertaking.”

Below is a map of LTE coverage for Sudbury from the TELUS website: 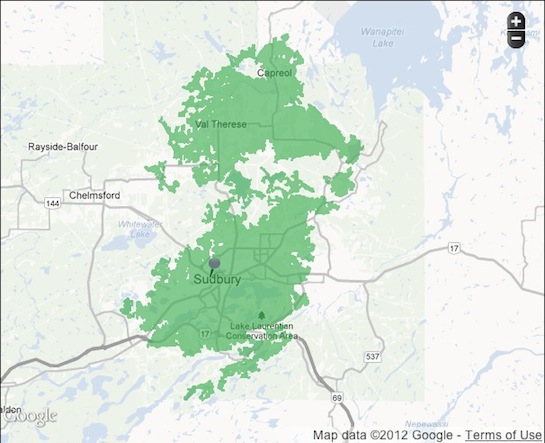 The TELUS 4G LTE network now covers more than 65 per cent of the Canadian population, according to the company. Recent 4G LTE launches in Ontario include Leamington, Oshawa, Whitby, St. Catharines, the Niagara region and Brantford. Let us know how those LTE speeds are if you’re in Sudbury!