This week, Telus has officially fired up its HSPA+ network in Saskatchewan.

As seen by the previous Telus HSPA+ coverage map in Saskatchewan, the roll out is not completely finished however Telus indicates that the network should be completely up and running by Winter 2011.

As mentioned later last week, the HSPA+ network opens access to the iPhone on Telus. This is similar to what SaskTel customers may now have, as SaskTel has already launched their 3G+ network in Saskatchewan. 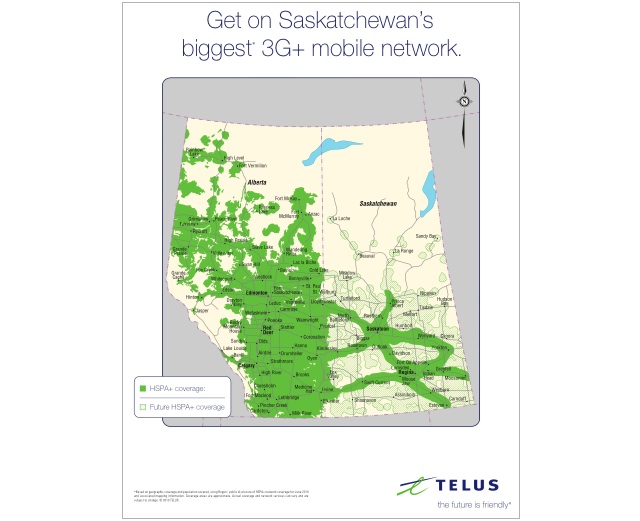