Earlier in June, Telus launched two concept business stores in Saskatoon. Yesterday, the company announced the launch of a similar store in Toronto:

“Today’s smartphones and tablets are loaded with technology and features that can help manage and grow businesses in ways we couldn’t have imagined a few years ago, and we are evolving our retail environments to reflect this new reality and serve our business customers more effectively,” said Walter Andri, TELUS vice-president of Small and Medium Business Solutions. “Our new stores are designed to give small to medium sized business customers the opportunity to try the technologies on the spot, with one-on-one assistance from TELUS experts who understand the distinct needs of businesses today.”

Essentially these stores allows business customers to get one-on-one service and test working smartphone and tablets, in a new spacious environment. The new TELUS Business Store is located at 500 Yonge Street in Toronto between Wellesley Street East and College Street. Here’s a picture Telus sent us of the new store: 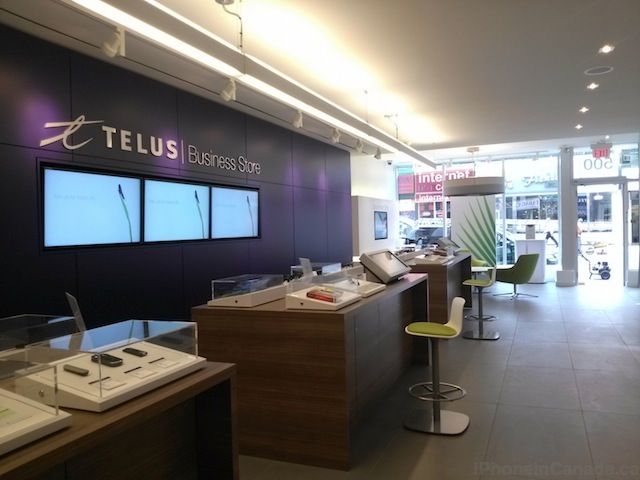