There’s nothing worse than losing your phone or ending up with a broken one when you’re skiing or snowboarding on the hills. TELUS has shared a new video titled “2015 Whistler Blackcomb Surprise and Delight,” where it surprises customers at the ski resort’s lost and found with free replacement phones (from Samsung).

According to the carrier, up to 800 people lose or break their smartphones at Whistler annually, which gave the company a reason to give back to six lucky customers: 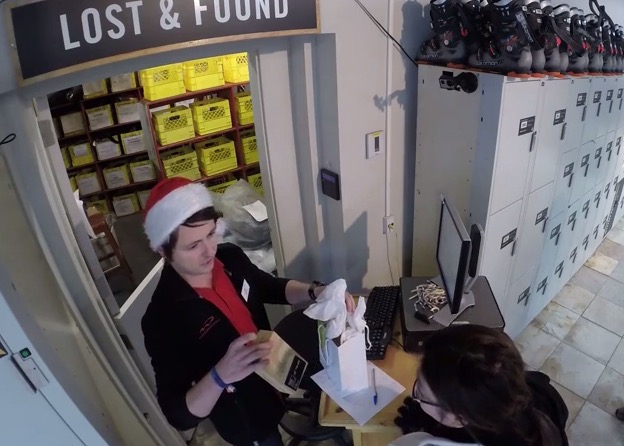 During the 2014/15 Whistler Blackcomb ski season, we set out to make six TELUS customers’ days a little brighter.

Each year, up to 800 people lose or break their mobile phones while enjoying their day at Whistler. So we decided to surprise those TELUS customers whose devices were not turned in with a new Samsung smartphone.

The CCTS’ recent mid-year report noted TELUS has the fewest number of wireless complaints out of all carriers in Canada, with 4.4% of total complaints (Koodo had 1.4%) received between August 2014 and January 2015, compared to Bell which had 36.4%, while Rogers at 22.7%.

The University of Windsor (UWindsor) and Telus have announced the launch of a 5G-connected campus and lab to support advanced research with 5G technology. As part of a multi-year agreement that began in 2020 to fuel the development of new applications for 5G technology, Telus is investing $5 million in the project. The collaboration will not...
Usman Qureshi
3 hours ago

Telus on Monday announced the creation of Telus Consumer Solutions to “elevate” the company’s customer service and also unify its mobility and home offerings, it says. The new division combines its Mobility Solutions and Home Solutions & Customer Excellence into a single consumer team. Zainul Mawji will be the Executive Vice-president and President of Telus […]
Gary Ng
2 days ago

Some Telus customers are complaining that the carrier has quietly removed the Visual Voicemail and International Text services from its 50GB Exclusive Partner Program (EPP) plan, as first reported by Reddit user jesus_cheese. "I noticed that visual voicemail had disappeared from my phone so I rebooted it to see that it’s still gone. Then I...
Nehal Malik
5 days ago