TELUS has announced it plans to invest $17 million to launch its 4G LTE network in Manitoba, with expansion to first hit Winnipeg in the near future according to coverage maps. Michael Sangster, TELUS vice-president said  “This year’s $17 million investment brings our customers in Manitoba the fastest and most reliable wireless technology available in the world.”

The map below indicates where 4G LTE coverage will be coming soon to Winnipeg. 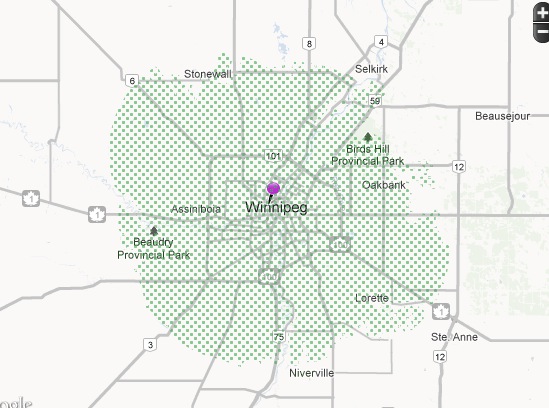 Currently, the only LTE service in Manitoba is provided by MTS which launched back in the fall of 2012. Bell has updated its coverage maps to indicate LTE is coming soon to Winnipeg as well (their 4G LTE network is shared with TELUS), while Rogers has previously said their LTE launch will come this year.

Who’s excited for LTE in Winnipeg?

In a separate announcement, TELUS says its ongoing investment in BC this year will result in $1 billion spent, part of which will expand 4G LTE coverage beyond the 90 per cent of B.C. residents connected by the end of 2012.