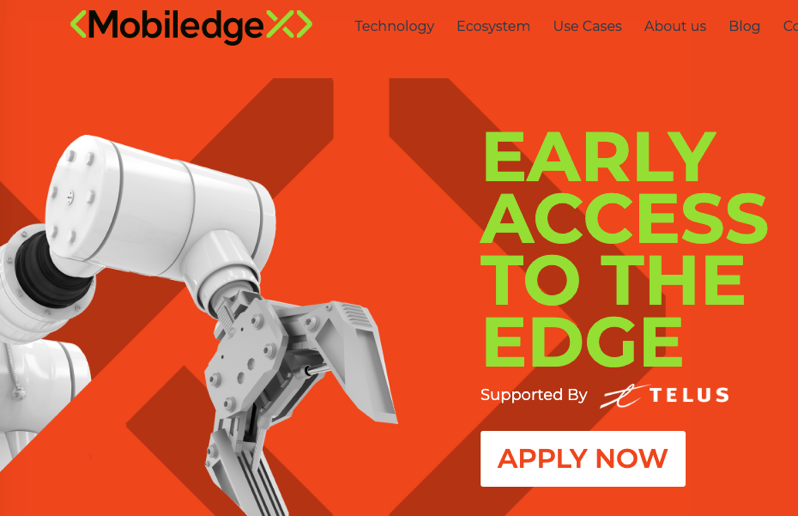 Telus and MobiledgeX have announced developers will be soon be able to sign up for the Mobiledge X Early Access Program in Canada, to test low-latency edge computing.

According to both companies, in what they are calling a first for North America, the beta access will allow developers to leverage the Telus mobile network and test applications and devices on MobiledgeX’s global edge network.

Edge computing is seen as more beneficial versus cloud computing because data is hosted across operator networks at closer locations, and when combined with future and faster 5G networking, it will expand applications, paving the way for use cases such as smart cities, autonomous vehicles and more.

“The TELUS and MobiledgeX partnership will provide Canadian developers with the tools and network access to seize the opportunity presented by edge computing and leverage the wireless networks of the future,” said Ibrahim Gedeon, CTO at TELUS, in an issued statement.

The MobiledgeX Early Access Program will debut in select major cities across Canada, with one confirmed location being the TELUS Lab 5G at Montreal-based incubator, Zú, with more sites to come.

“Edge computing allows consumers and businesses alike to harness the power of a data center in near real time, unlocking further potential for fast, low-latency mobile networks to empower transformative technologies for everything from home entertainment and gaming, to healthcare and agriculture. We can’t wait to see what Canadian companies develop on the MobiledgeX network,” added Gedeon.