If you’re a Telus customer that needs more data, a new promo may be calling your name. The company is currently offering 12GB of data for $65 per month, a promo “for always connected families or multiple devices.” Your voice plan option will be on top of this.

According to iPhone in Canada reader Jason, the company said the data option is for new customers only, but Telus added the promo data plan to his account as a “courtesy”.

The promo data option is showing on the Telus website for customers outside Quebec, Manitoba and Saskatchewan. But you do need to take an extra step and click “Show all data options” on the website, or it won’t be revealed… 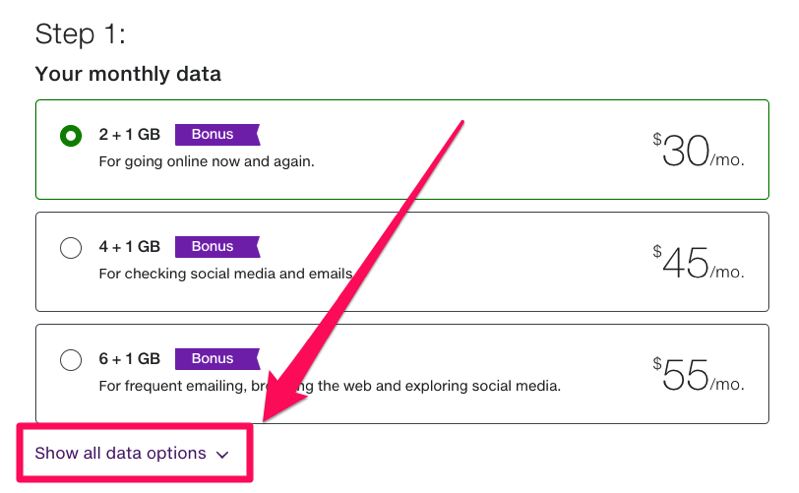 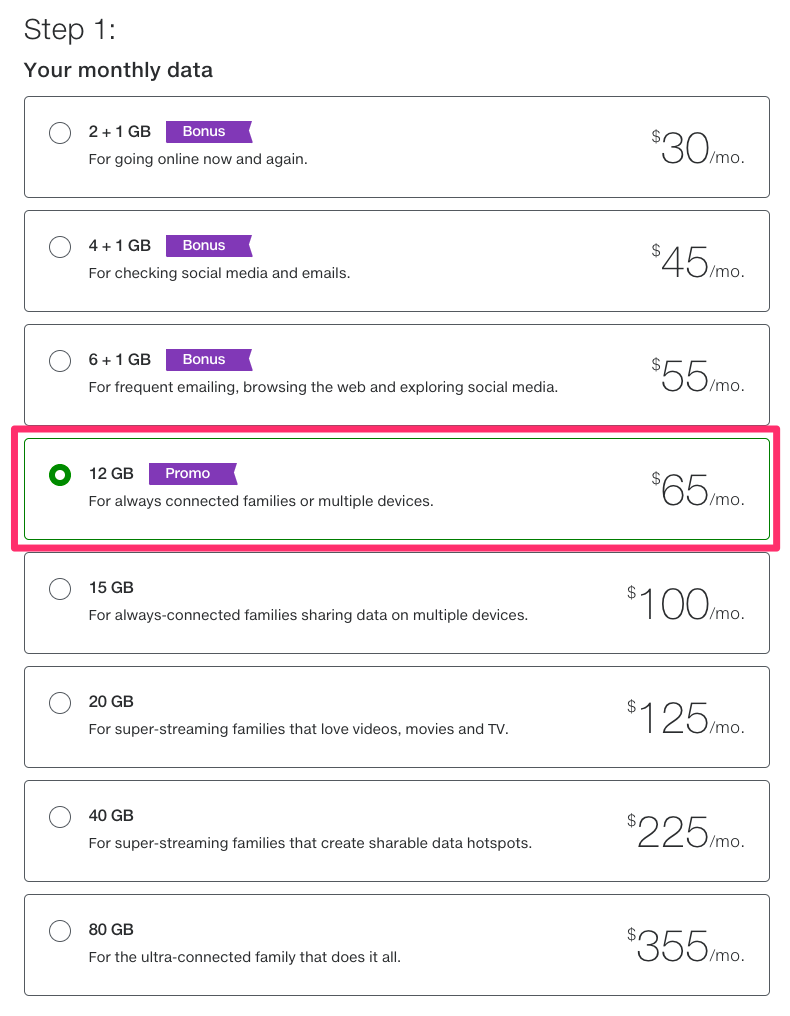 With an unlimited Canada-wide calling option added on, you’re looking at $130 per month with 12GB of data, which is exactly what Rogers and Bell are offering right now too. But Bell charges $75 for their 12GB data option (10GB + 2GB bonus), while Rogers has it bundled into their Share Everything Plan at $130 for 12GB (10GB + 2GB bonus).

For new Rogers and Bell customers, data overages will be charged at the new rate of $70/GB, or $7/100MB. 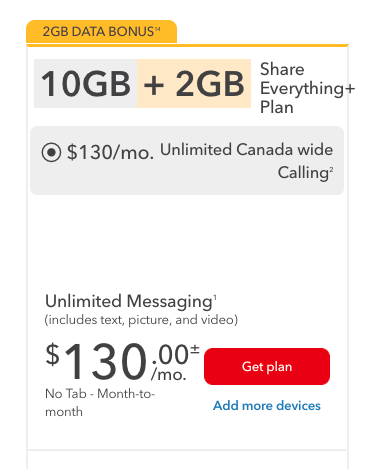 At $65 for 12GB of data, this Telus pricing is close to the days when Canadians were able to get the classic 6GB data option for $30.

The takeaway from this post is the Telus data option of 12GB for $65 is considered decent, if you need more data and are able to switch to it as an existing customer.

Just yesterday, we told you the Big 3 simultaneously launched $62/7GB and $85/12GB voice and data plans for customers in Quebec only, due to pressure from local wireless player, Videotron.

Let us know if you’re going to be switching to any of these plans.