Telus is emailing some customers to notify them of a $400 discount off an iPhone XS on two-year contract, for new customers only (updated). 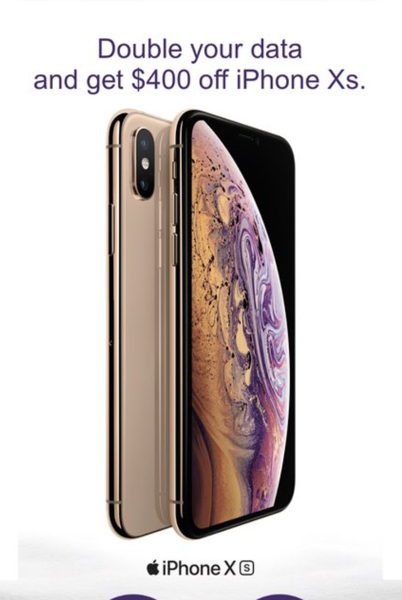 Of course, there are contract requirements to get this discount, which is either signing up for a Premium, Premium Plus or Platinum Your Choice plan, with in-store activation. Telus is taking $400 off the price of the phone across these plan tiers and the outright pricing.

The Platinum plan starts at $460 upfront for the 64GB iPhone XS, along with an unlimited local calling plan with 5GB of data (1GB + 4GB bonus) for $115 per month

Telus says there is also a one-time $35 connection fee.

If you’re going to sign up with Telus, try to sign up under a friend’s referral and get a $75 bill credit.