TELUS has discounted a variety of cellular iPads by $50, for those jumping on the company’s Easy Tablet plan, as part of a “limited time offer.”

This program allows customers to own iPads but pay it off (interest free) by adding $20 to their monthly bill over 2 years. A requirement is a Flex Data Plan or an add-on to your existing SharePlus plan starting at $5 per month. 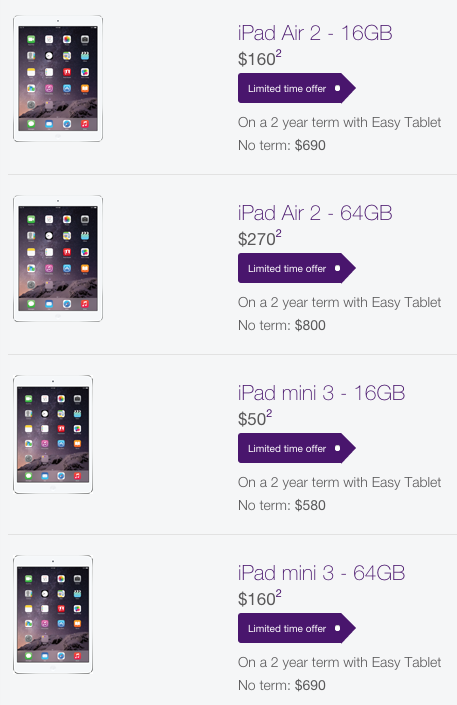 Below are the cellular iPads on sale: