Looks like a native ‘Your Account’ iPhone app is coming for Telus customers, according to screenshots posted over at MobileSyrup. Back in June of 2010, we noted Telus had launched a similar account management service but it was web-based.

According to the screenshots below, the Telus app will be quite similar to the ‘My Account’ app from Rogers as it will allow you to manage your My10 favourite numbers, view your bill, manage plans, pay your bill and more. 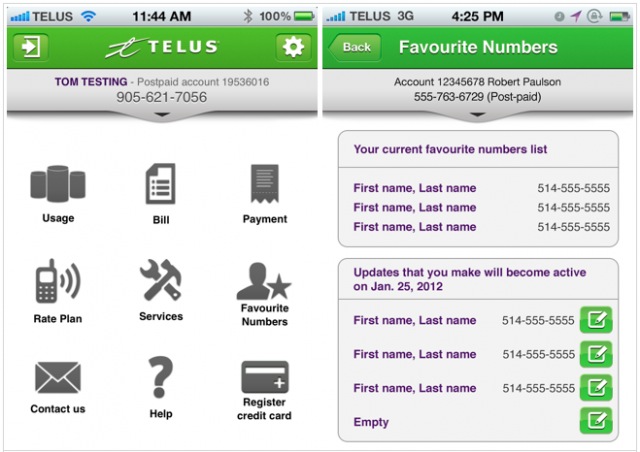 No word on when this will be released, but the app won’t use your data plan and can be accessed outside of Canada. Stay tuned.