Montrealers, keep your eye out for the Telus Wi-Xi squad this summer as that will mean free Wi-Fi. Telus has announced today they will offer free access to their 4G LTE network via BIXI bikes equipped with the Telus Wi-Xi 4G LTE modem, powered by a rechargeable battery via pedal power. BIXI is a public bicycle sharing system based in Montreal that has eclipsed over 1 million rides.

The pilot project will allow each bike to have up to 10 users connect simultaneously, bringing free Internet to the city streets:

“We are proud to be associated with BIXI. This is our way of contributing to its success while, at the same time, ensuring that all Montrealers can benefit from our expertise and our cutting edge technologies,” said François Gratton, Senior Vice-President, Business Market, Eastern Canada, and Consumer Mobility, Quebec at TELUS. “At TELUS, technological innovation drives each of our big projects because we believe that it can help to make the future friendly in our communities.”

“BIXI, equipped with TELUS’s Wi-Xi technology is a clear example of the accomplishments that our partnership can bring forth. For us, TELUS is more than a sponsor, it is a key contributor for Bixi’s development across Canada”, said Michel Philibert, Director of Communications and Marketing at BIXI.

Telus has also announced its contribution of $1 for every BIXI subscription up to $50,000 to donate towards the Heart and Stroke foundation. Telus sent us a couple images of the bikes to keep an eye out for below: 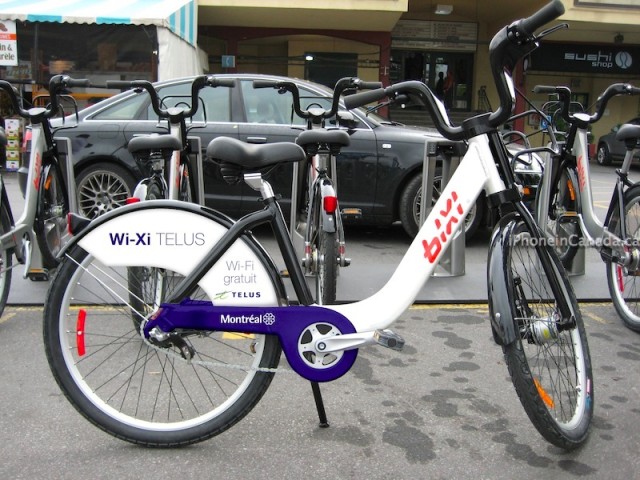 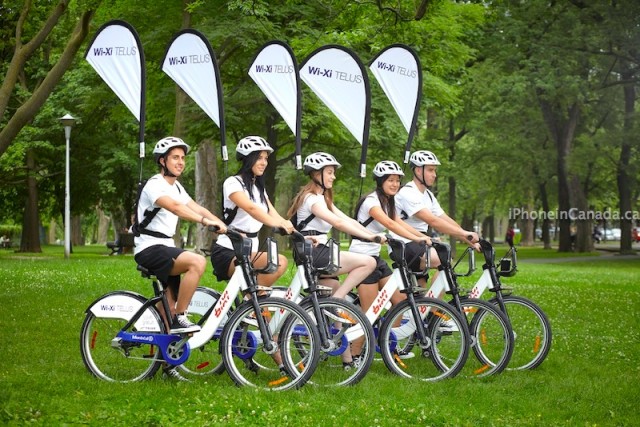 You can learn more about where the Telus BIXI bike squad will be by visiting here.