TELUS has announced it has launched free Wi-Fi on Co-op Cabs in Toronto, available starting today. By year end, the entire fleet will have TELUS Wi-Fi installed and available in the GTA, as these cabs will be “rolling through the 6ix” as the company explains it (Drake reference, I see).

Simone Lumsden, Vice-President, Brand & Customer Experience Marketing at TELUS, said in a statement, “We’re partnering with Co-op Cabs to keep all Torontonians connected on Ontario’s largest mobile network, no matter which carrier, to show how our service sets us apart.” 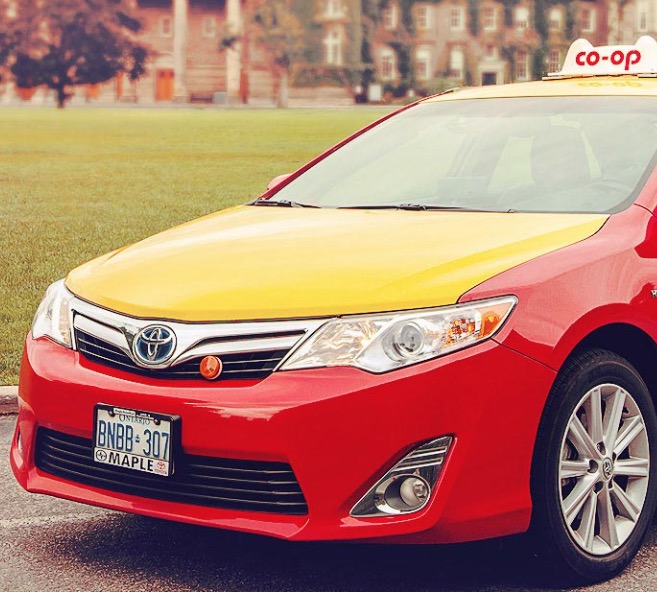 Co-op Cabs participating right now will have the TELUS logo visible, to indicate free Wi-Fi is available. To join the Wi-Fi network, a splash page will appear on your smartphone once you try connecting, which to proceed, you’ll have to enter in your email.

The cab fleet also has a TELUS special offer for drivers and staff, offering a $300 discount on all hardware, which includes iPhones.

Last year, TELUS launched a similar partnership with Yellow Cab taxis in Vancouver, dubbed the “first of its kind in Canada” at the time, and is still ongoing.