While we all know Koodo and other carriers are offering Apple’s entry 16GB iPhone 5s for $0 on contract, Walmart is sweetening the deal with select stores offering a $225 gift card with new activations in-store, according to RFD.

The deal can get even sweeter, according to crafty RFD users. If you sign up via a referral, you can take advantage of the $50 referral credit promo (normally $25), which goes until March 31. 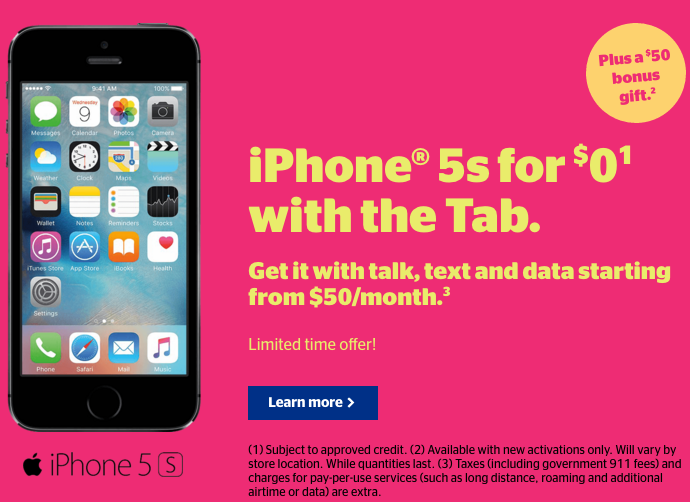 While a $50 per month plan is required (some were able to sign up on a $25 plan), users note after the first billing period, you can do self-serve online to switch to a $15/month “seasonal hold” plan (it will suspend your service).

Then, if for some reason you decide to cancel after 90 days, the net cost for the phone will be $188 in Ontario after tax, plus $35 if you want to unlock the iPhone 5s.

The math works out to:

The local store we spoke with confirmed the $225 gift card, but noted it was only available on the weekend only and now stands at $100 (Virgin too). However, RFD users are noting select locations have extended the $225 gift card offer. If you’re going to be deal hunting, this may take some work but could be worth it if you want an iPhone 5s for ‘cheap’.