TELUS recently installed a $500,000 wireless cellular site at the top of a building in Vancouver’s West End, with permission from the City of Vancouver after customer complaints of poor coverage in the area.

Jules Grant and Melia Sorenson live in a building next to the newly erected TELUS cell towers and worry the close proximity to the site could impact the health and safety of their family, which includes small children. 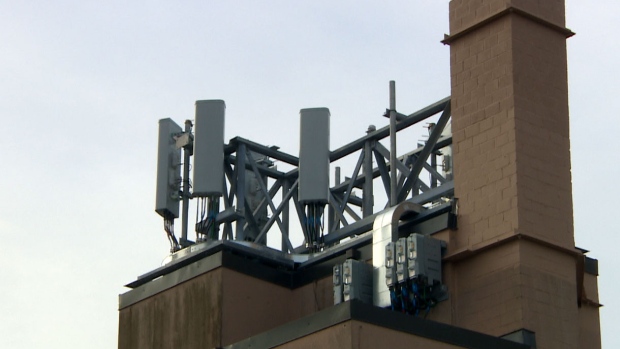 Speaking to CBC News, Grant says the towers are “perhaps, 25 metres from my bedroom, where my small children are,” while also noting “It seems like we have a pretty good indication that cellular radiation may have human health impacts, that we’re advised not to hold them next to our heads when we speak on them, but to use the headsets, and we do that because of potential health impacts.”

Telus spokeswoman Liz Sauve explained to CBC News “Our wireless sites emit a signal hundreds, if not, thousands of times less than what’s deemed safe by Health Canada.” The company agreed to chat with concerned neighbours about the new cell array.

Grant believes he has a right to know when these new cell towers go up, explaining “It was done with no notification, no consultation, and they shrouded it with a big tent, which they only took off last week. So we couldn’t tell what they were doing.”

Industry Canada directed Grant to an exclusion section which says if a wireless carrier is installing cell cites on top of existing structures, they are not required to inform the public of the new additions.

What do you think? Aren’t wireless sites everywhere already and are pretty much unavoidable nowadays?