Koodo Promo: $50 iPhone XR After Trade-In with Tab Large for Quebec Only

For those in Quebec, wireless retailers Wow! Mobile is offering Apple’s latest iPhone XR for $50 upfront, after a trade-in ($50 credit) and on Tab Large with Koodo—for Quebec only (via RFD) 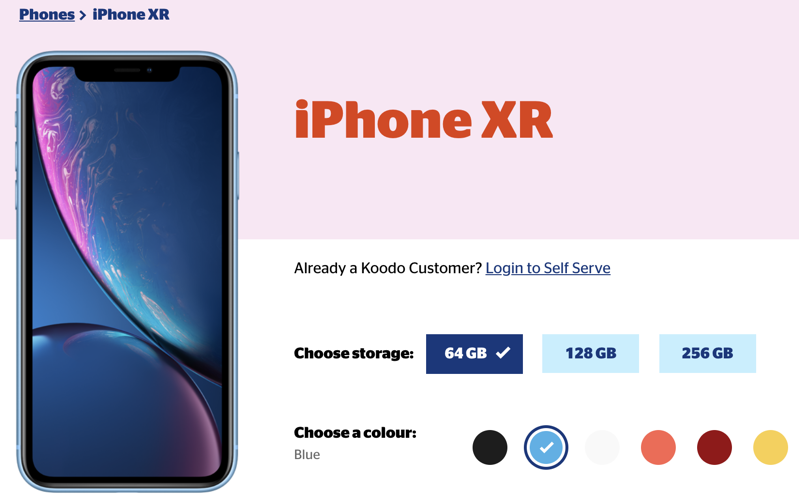 Tab Large on Koodo comes with a $480 ‘loan’ (repaid at $20/month for 24 months). As for Tab Large plans in Quebec, they start at $49 per month for unlimited Canada-wide calling with 8GB of data.

An iPhone XR 64GB retails for $1060 from Koodo, but in this case, you’re paying the $480 Tab Large plus your $50 upfront, for a price of $530 for an iPhone XR over 24 months (excluding $35 activation fee and pro-rated service). If you change your mind and decide to cancel right away, all you need to do is pay out the device balance and keep the iPhone XR.

Sadly, this Koodo offer from Wow! Mobile is not available for other provinces, but only Quebec.