Toronto Mayor John Tory and Ottawa Major Jim Watson spent some of their precious time penning a lengthy letter to the federal cabinet asking it to overturn a CRTC decision that aims to foster competition for fast, fibre Internet services. 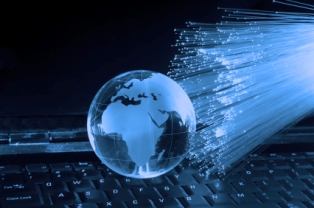 You may think that the two letters reflect the cities’ standpoints on the matter, since they from officials who represent the city, but – SURPRISE! – they weren’t. As revealed by Michael Geist in a blog post, the letters from Mayors Tory and Watson were written not on behalf of the city but from a personal point of view supporting Bell’s position.

You may recall from earlier reports that Bell is fighting the CRTC over the regulator’s decision to require the incumbent to share its infrastructure with other carriers on a wholesale basis. And you may already be familiar with Bell’s standpoint: Let those smaller players build their own networks.

Back to the letter: The Toronto Mayor’s letter raised the ire of the city council; hence, Councillor Mike Layton filed a motion in which he asked the city council to support the more competitive approach and the CRTC’s ruling to give access to smaller players.

The motion was debated yesterday and was passed 28–5, reflecting the city council’s support for a competitive market.

SaskTel has today announced the expansion of its 5G wireless network to a number of communities in rural Saskatchewan, including the Town of Davidson and the Nekaneet First Nation. SaskTel 5G is now available in the following rural communities of Saskatchewan: Baildon Craik Davidson Ituna Turtleford Nekaneet First Nation “Our government recognizes how important wireless connectivity has...
Usman Qureshi
13 hours ago

Shaw Communications on Tuesday announced consolidated financial and operating results for its fiscal quarter and year ended August 31, 2022. The company reported consolidated revenue of $1.36 billion for the quarter, down 1.5% year-over-year. This includes $325 million in earnings from the Wireless segment as a whole, up 1.2%. Adjusted EBITDA for the period dropped...
Nehal Malik
15 hours ago