Videotron iPhone SE Prices Start at $0 for 16GB on Contract

Looking to get the iPhone SE on contract in Quebec? Videotron has revealed their prices, which require a minimum monthly plan of $59.95: 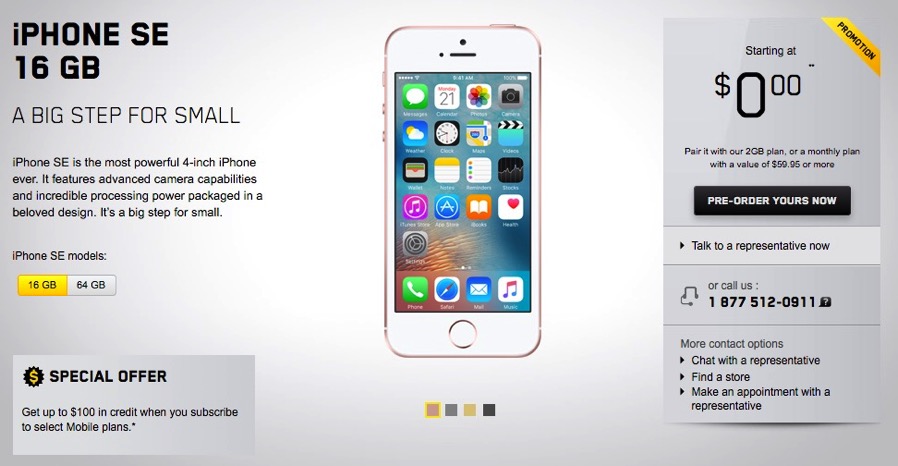 The iPhone SE is available for pre-order now, and the contract prices are cheaper than what incumbents are charging, which start at $99.99 and $229.99 (Rogers; Koodo) on contract.