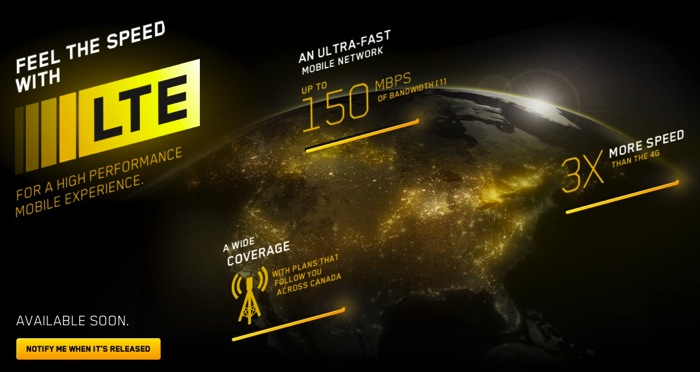 Videotron has updated its website this morning with a landing page to tease its upcoming LTE network, noting it’s “available soon”. The page touts an ‘ultra-fast’ mobile network with speeds up to 150Mbps, with coverage and plans that ‘follow you across Canada’.

Last May, Videotron and Rogers signed an agreement to bring LTE to Quebec and the Ottawa region, part of a 20 year term, allowing both companies to pool resources to expand the faster network.

The company launched iPhone 5s and iPhone 5c sales this March and this LTE network will surely please those users once it’s up and running.

Let us know if you spot the Videotron LTE network live in your area, coming sometime soon.