If you’re on a $75 per month Canada-wide plan from Koodo or Virgin Mobile’s Silver 75 plan, you should know both companies have bumped up data allotments from 3GB to 4GB. Both plans essentially feature the same calling features, such as unlimited Canada-wide minutes and all the other extras.

Essentially this extra data adds onto the other ‘limited time offers’ that have double data such as the $50 and $60 per month plans; but the $75 plan doesn’t get a double the data bump, but rather a 33% data increase.

To view the plan, you need to click on the Silver Plans tab, then click on the right arrow icon three times to get to the $75 plan: 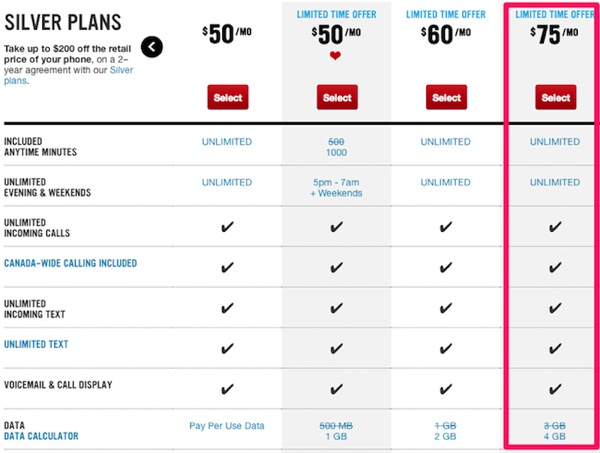 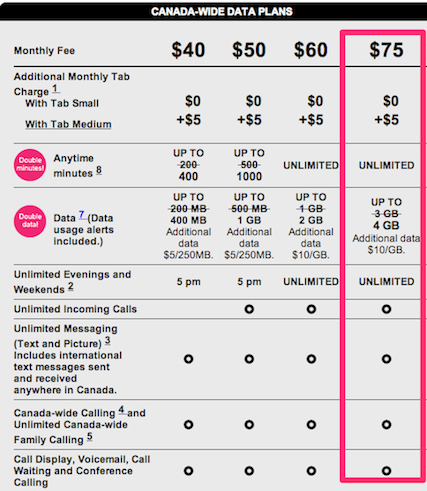 Fido’s website hasn’t made any changes yet to match these plans but you can bet one will arrive soon.