WIND Mobile has brought back a $39 unlimited promo plan (similar to the plan we saw back in August), which offers up to $600 off a new phone on WINDtab. Here’s what this plan offers: 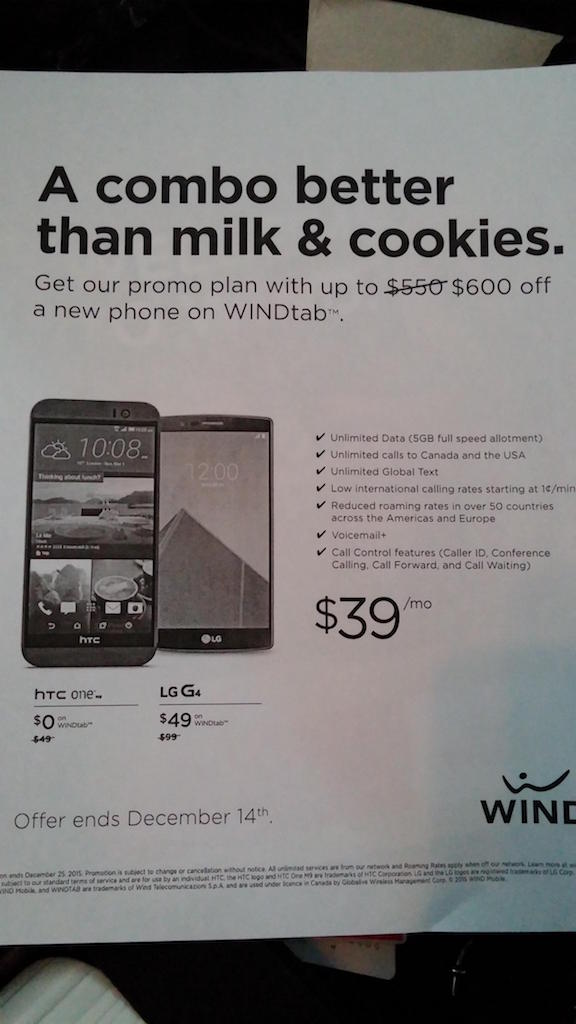 No information about this is on WIND Mobile’s website yet, but users are seeing this in-store and online within their accounts as an option.

Last month, WIND launched some $45 and $55 unlimited talk, text and data plans, but this one is cheaper. If you were on one of those promos, it’s time to call in or go online to change your plan to this lower monthly price. Of course, WIND Mobile’s coverage varies depending on where you are, so you do get what you pay for.