WIND Mobile launched their Value Calculator the other day to show Canadians how much they would save if they switched over to WIND:

WIND’s new Value Calculator is also available today. The new online application allows visitors to enter in their current wireless plan and compare exactly how much they can save when switching from their current provider to WIND Mobile.

WIND also notes their network area can serve 13.1 million Canadians, and with upcoming upgrades to Southern Ontario that number will grow by 600,000.

If you visit the calculator page here, all you need to do is fill in details such as your minutes used, texts sent, data consumed and other extra options such as tethering or voicemail options. Once you’ve completed the necessary info, a pop up reveals how much you’d save annually by switching to WIND. 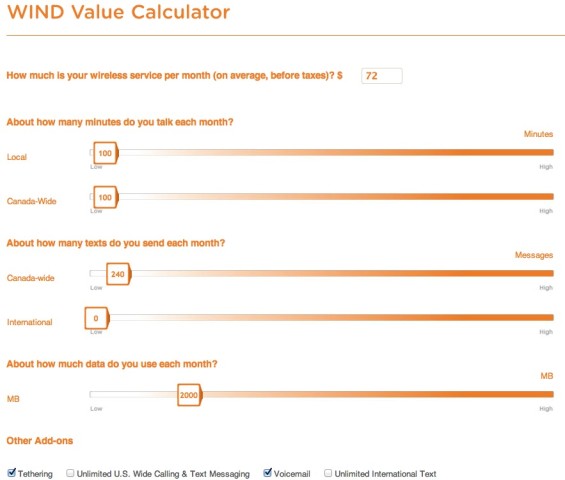 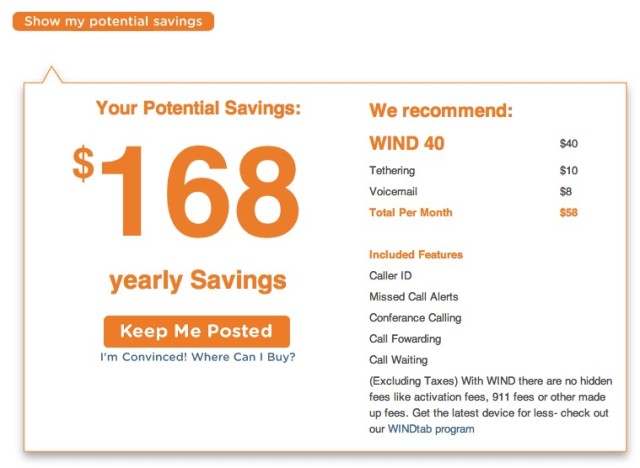 While WIND offers much more favourable voice and data plans, their AWS network is still growing and does not support the iPhone. If that ever changes…you can bet the switching floodgates will be wide open.

How much would you potentially save according to the Value Calculator?