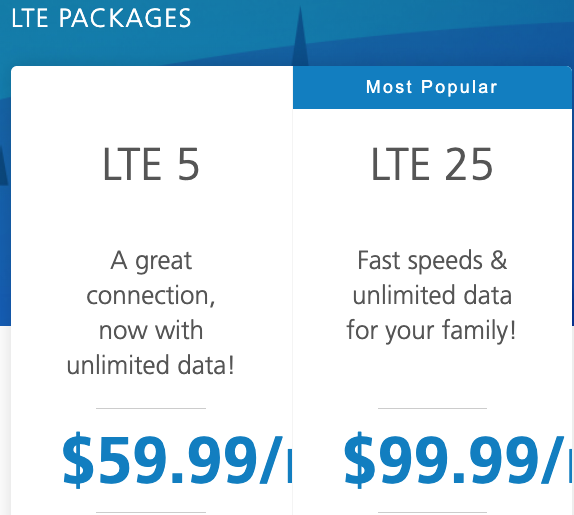 Xplornet has announced it has launched unlimited broadband internet starting at $59.99 per month.

The company says these new plans are available today, for customers on its 4G fixed wireless broadband network across the country.

“Rural Canadians want unlimited data at affordable prices, without compromising speed,” said Allison Lenehan, President and CEO of Xplornet, in a press release. “Historically, rural Canadians had to choose if they wanted faster speeds or unlimited data. We believe rural Canadians should not have to compromise on the quality of their Internet service. That’s the plan.”

The new plans use Xplornet’s 4G LTE and WiMAX fixed broadband network, based on the company’s 3500 MHz spectrum, and are available for current and existing customers.

Last month, Xplornet announced it would be bringing faster internet and 5G wireless to PEI, along with Bell, as part of a federal funding program.

Rogers and Shaw today announced an extension of their proposed $26 billion merger, along with the sale of Shaw-owned Freedom Mobile to Quebecor’s Vidéotron in a side deal that's part of the broader transaction, to February 17, 2023. "All parties remain committed to the pro-competitive transactions, which will deliver significant benefits to Canada and Canadian...
Nehal Malik
1 hour ago

Rogers’ proposed $26 billion takeover of Shaw Communications, if successful, could deliver a $216 million payday to 12 hedge funds that bet on it — reports Reuters. The controversial and heavily contested merger has a January 31 deadline. With the Federal Court of Appeal rejecting the Competition Bureau’s appeal of the merger on Tuesday, Rogers and...
Nehal Malik
24 hours ago