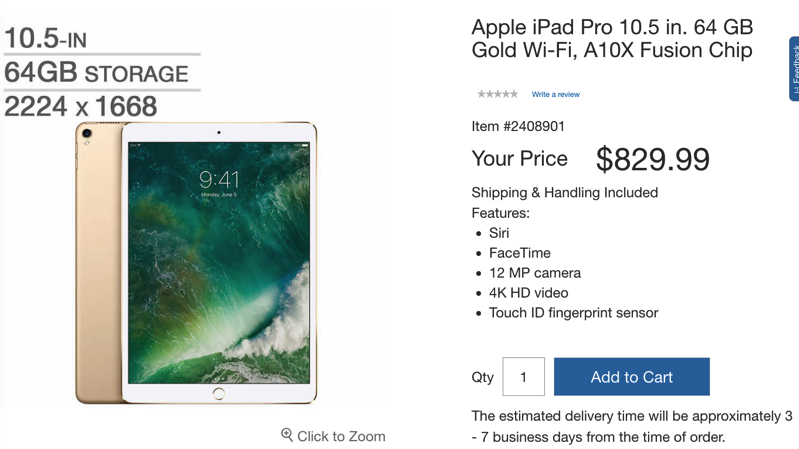 Apple.ca currently sells the 64GB Wi-Fi model for $869, so overall you’re saving $63, which works out to 7% off. While the savings aren’t exactly huge, it’s not bad considering you’ll also have Costco’s 90 day return policy if you ever change your mind. The savings could go towards Apple Pencil, which is also available at Costco.

Do note the $25 off $100 Masterpass promo expires on December 9th. If you’ve already used it, try getting a family member to use their new account to purchase it.

You could also wait until 10.5-inch iPad Pro models hit the Apple.ca refurbished store (they have yet to appear there), but if you are looking to get the latest iPad Pro today, this looks to be an alright deal.