If you need privacy for surfing the web and have been contemplating a virtual private network (VPN), check out the following deal for a 2-year subscription to TigerVPN, available for 72% off at $49 USD (or just $2.04/month) in our Deals Store. 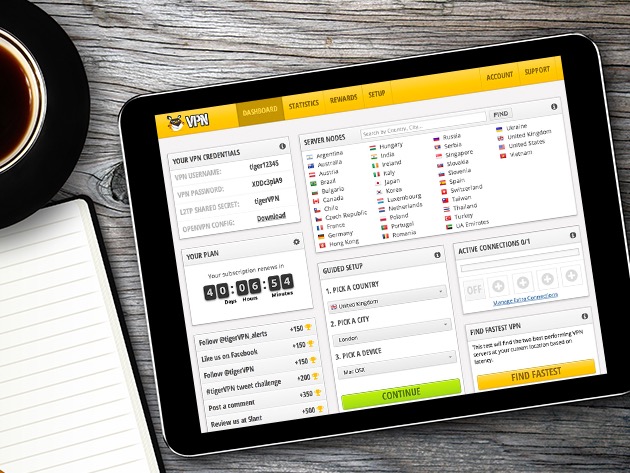 TigerVPN has 55 nodes in 40 countries that have 256-bit encryption, fast servers and no data caps. With this VPN you can configure it for your Mac, PC, Linux machine, iOS device, Android device or even your router (must be capable to start PPTP as WAN Service. Can’t be the same device that comes from your ISP or establishes the connection to your ISP).

This deal is available for new and existing TigerVPN customers (for existing customers, just email help@tigervpn.com with your Stack Social coupon code to get credit applied).

Click here to jump on the TigerVPN deal before it ends!