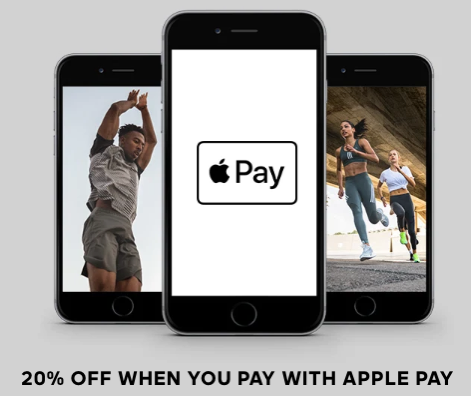 Adidas has launched a promo offering 20% off items when paying with Apple Pay during check out.

According to Adidas, the discount only applies to regular-priced items and not sale or clearance items. If you were looking to buy something from Adidas anyways at regular price, 20% off is not a bad deal at all.

This isn’t the first time Adidas has launched an app exclusive promo. Last June, the Adidas iOS app offered 15% off Apple Pay purchases, as part of a promo ahead of the 2018 FIFA World Cup.

Earlier this month, the iOS app offered early access plus an additional 40% off outlet items. Clearly, Adidas is pushing for sales via its mobile app hard.

If you don’t have Apple Pay, you can still save 6% off any Adidas.ca purchase by using Ebates Canada. Click here to sign up for Ebates and earn $5 off your first $25 purchase.