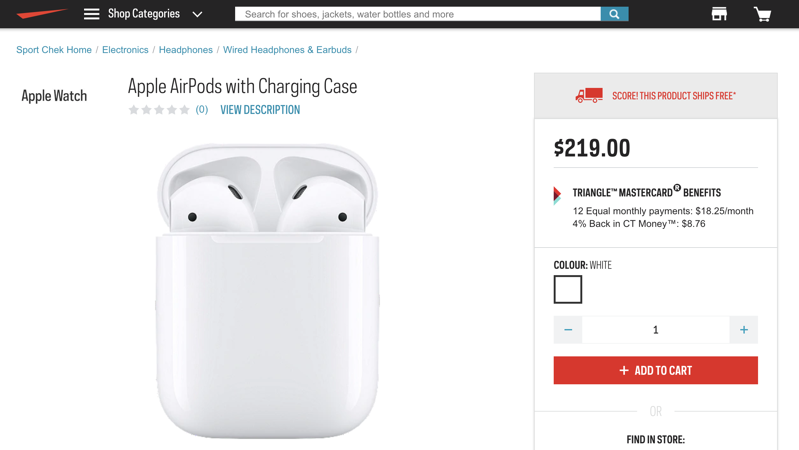 First, you’ll need to head over to Canadian Tire to purchase Sport Chek gift cards, which are on sale for 15% off (available from June 7-13).

Again, the 20x CT Money event is happening today, June 8, 2019, only, so you’ll have to go out and start buying up some discounted Sport Chek gift cards at Canadian Tire. SportChek.ca only allows the redemption of two gift cards, so you’ll most likely need to buy in-store.

You can also apply today’s savings to any Apple product sold at Sport Chek, such as Apple Watch Series 3 and Series 4. You can also buy AirPods 2 with Wireless Charging Case as well. Happy deal hunting (your kids will thank you)!