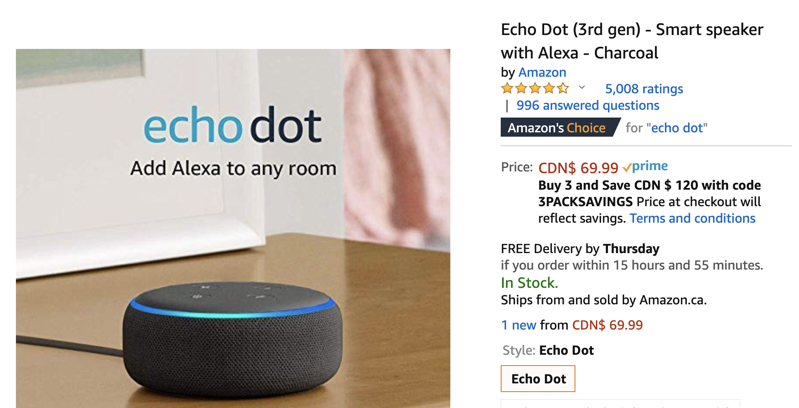 Ahead of Black Friday, Amazon Canada has launched some deals on its Echo speakers, Kindles and more. The latest Echo Dot can be available for $30 if you buy three of them at one time, for example.

The prices for Echo Dot have most likely reached the lowest we’ll see and will probably match Black Friday pricing.

Click here to jump on these Amazon sales while they are still available.

With the launch of Apple Watch Series 8, deals on the previous Series 7 are now available. Amazon Canada has cut the price of the Apple Watch Series 7 by $100 off for the smaller 41mm version, down to $429.99. This is for the Starlight aluminium case with Starlight Sport Band. The same price is […]
IIC Deals
10 hours ago

Amazon announced a bunch of new products for 2022 earlier this week, and now it has slashed the pricing on existing Echo, Fire TV devices and more, down to all-time lows. Check out the list of everything on sale below… Fire TV Devices: Up to 50% Off Fire TV Stick with Alexa Voice Remote – […]
IIC Deals
11 hours ago